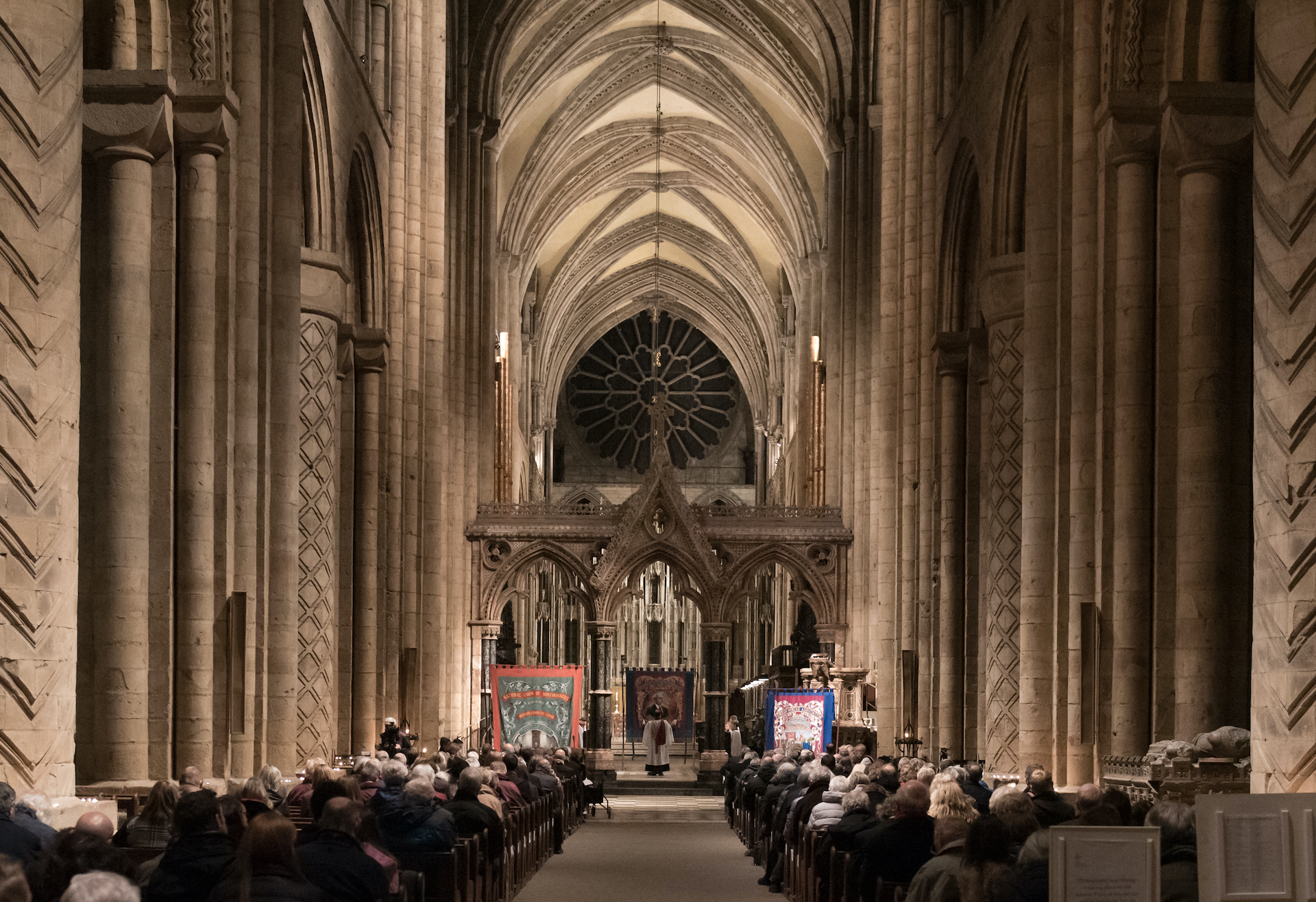 The 150th anniversary of the Durham Miners Association has been celebrated at a special service at Durham Cathedral.

Marking 150 years to the day since the founding of the DMA, the Evensong service was a moving and powerful celebration of the people and communities of the Durham Coalfield, past and present.

Attended by representatives of the DMA and the Cathedral, the service featured miners banners, and music from the DMA Brass Band.

DMA Secretary Alan Mardghum said: “The service was a wonderful, fitting way to commemorate the 150th anniversary of DMA. It has been great to collaborate with the cathedral again, and it has been brilliant to see the miners of the coalfield remembered in such a moving way.” 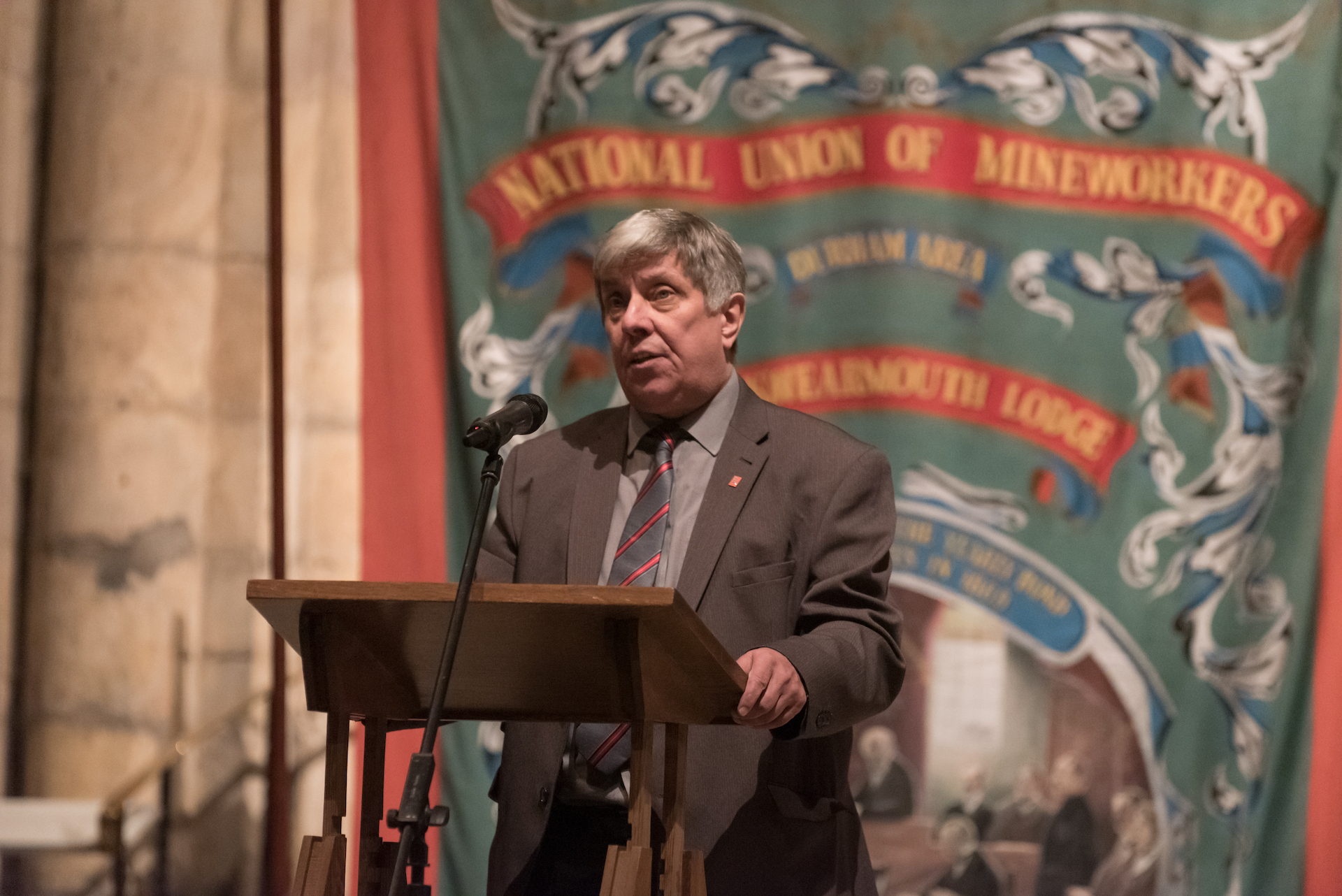 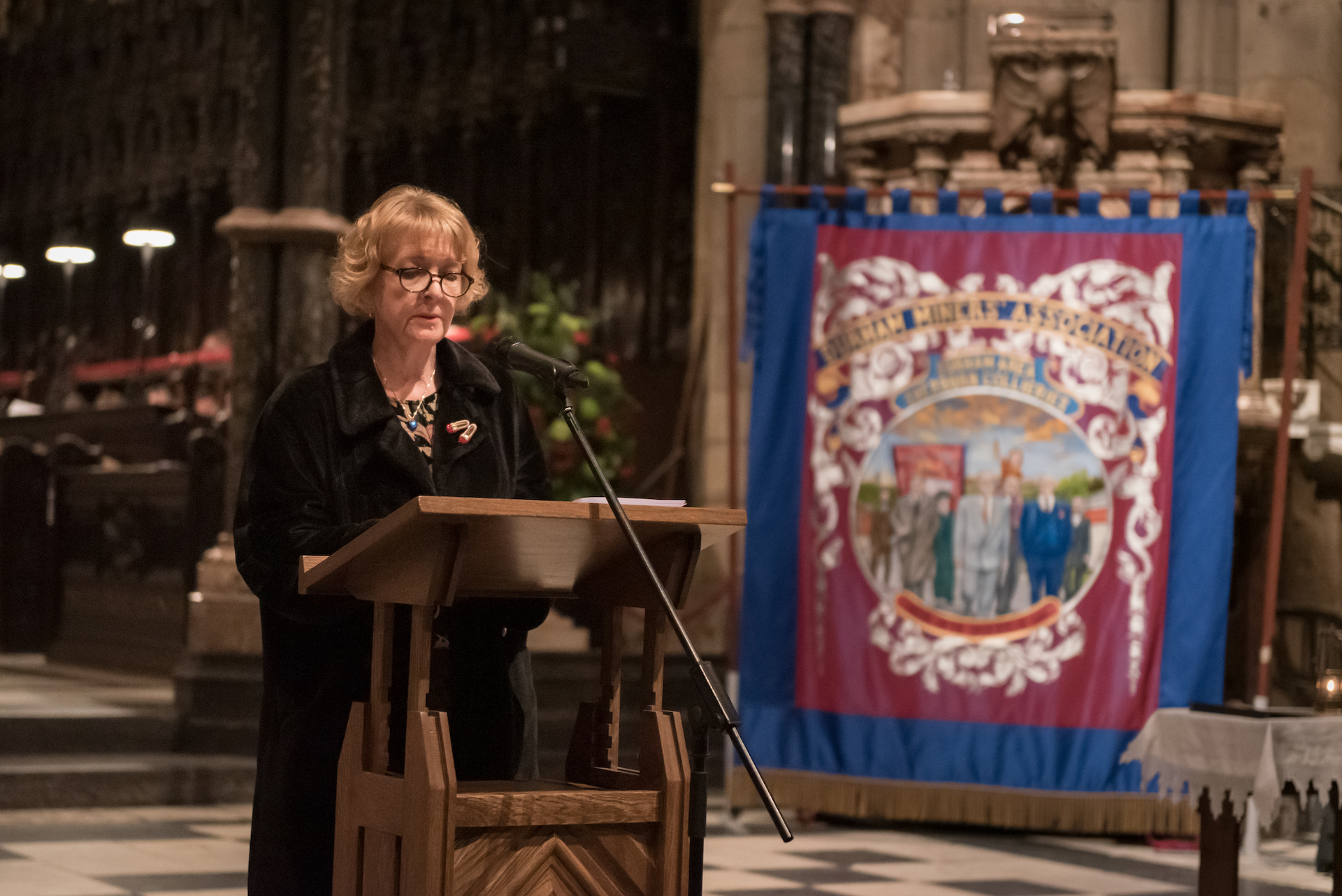 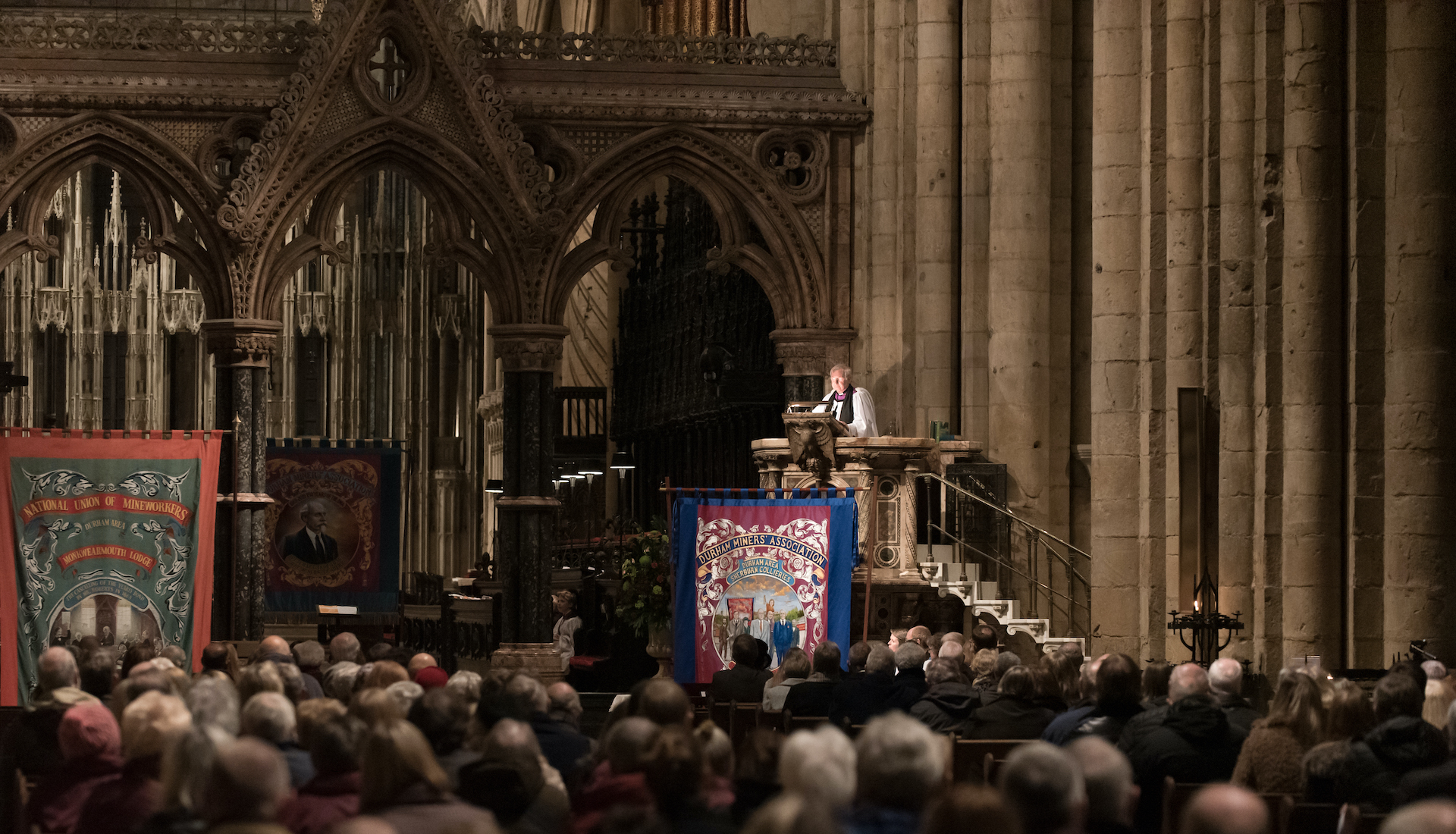 Another poignant moment saw the grandchildren of mining stock carry a miners’ safety lamp through the cathedral, honouring their ancestors in the most fitting way. 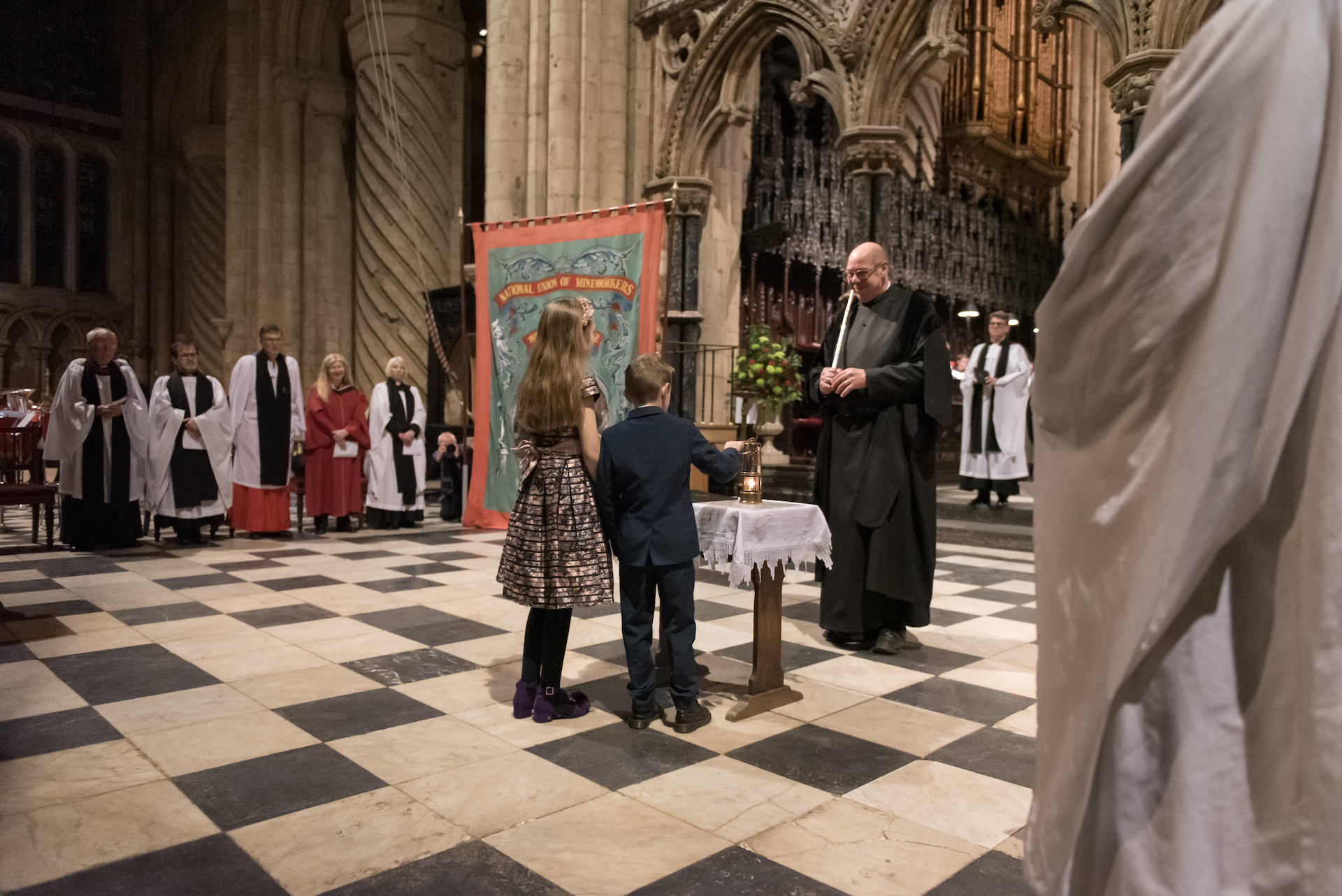 The service was also the culmination of the Lights of the North Appeal. Loved ones and mining collieries were remembered through lit candles which beautifully illuminated the cathedral’s Norman architecture. Donors to the appeal also received a special commemorative programme of the service, inscribed with the names of those who were being celebrated.

The proceeds from the appeal will enable both Durham Cathedral and the DMA to continue to support local communities and share the region’s mining heritage with future generations.

Gaye Kirby, Head of Development at Durham Cathedral, said: “At the cathedral we cherish the longstanding partnership that we have with the DMA, and hosting services such as Lights of the North in the church, allows us to strengthen that bond. It was fantastic to see such a big turnout on the evening. It really demonstrated just how much the region’s mining heritage means to the people of the North East.” 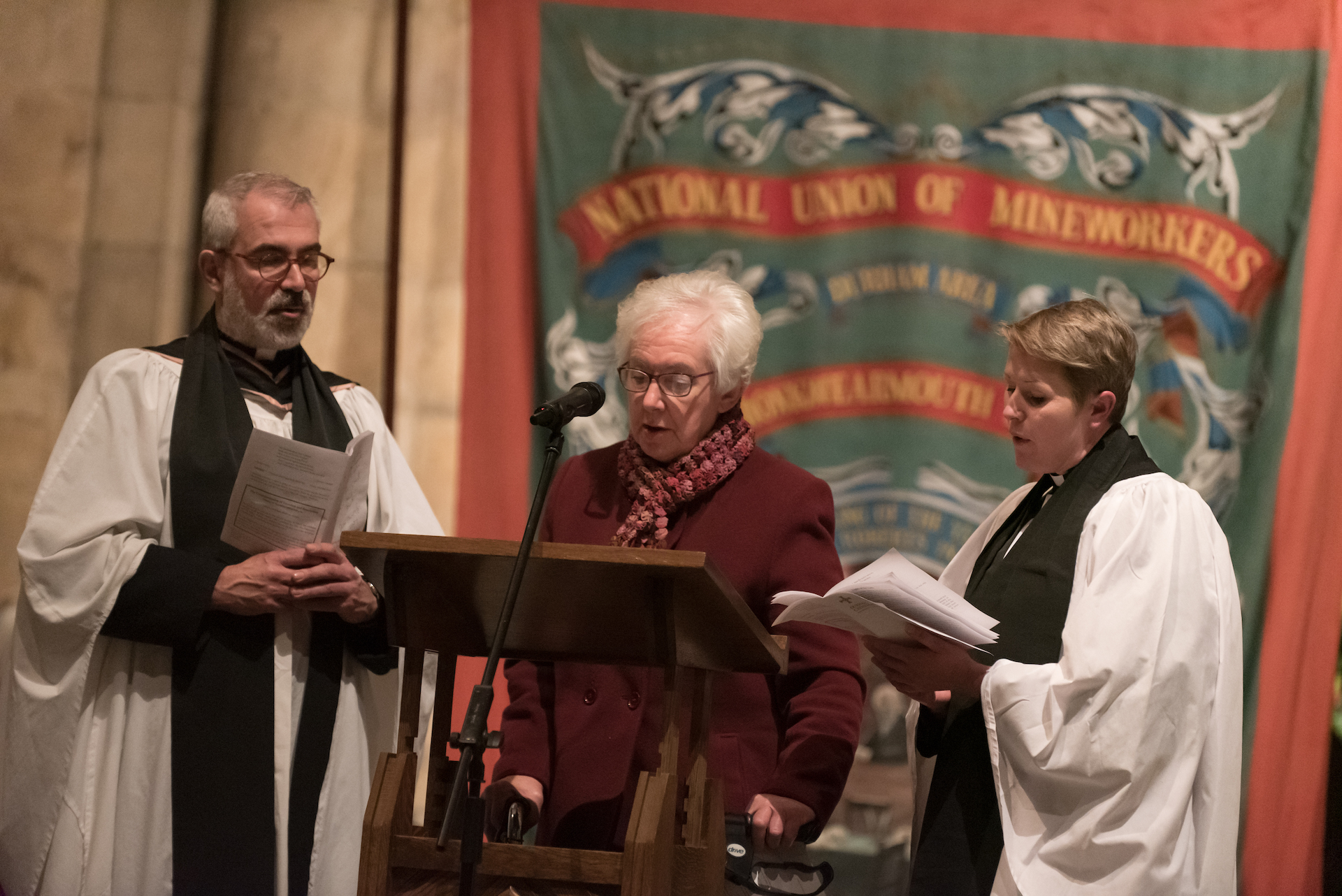 The DMA was founded at a meeting at the Market Tavern in Durham on 20 November 1869.

Within 50 years of its founding, the union had gained 200,000 members, organised to improve the lives of the people of County Durham, established the Durham Miners' Gala, and built its magnificent headquarters at Redhills.

More than a quarter of a century after the closure of the last colliery on the Durham Coalfield, the principles of community and camaraderie at the core of the institution remain deeply ingrained in the fabric of the county.

The annual Durham Miners’ Gala has undergone a resurgence in recent years, with more than 200,000 people packing the streets of the city every second Saturday in July. The Miners Festival Service at Durham Cathedral, established in 1897, remains a key part of the Gala, and continues to feature the blessing of new miners banners, funded by coalfield communities.

On 20 November 2018, the DMA launched The Redhills Appeal to secure the future of its home as a centre of education, heritage and culture. Its success will ensure a will be a living, vibrant legacy for the countless Durham miners, their families, and their communities, who built it and have ensured it has survived for more than a century.

• To find out how you can support The Redhills Appeal, click here.

• To find out how you can support the Durham Miners' Gala, click here. 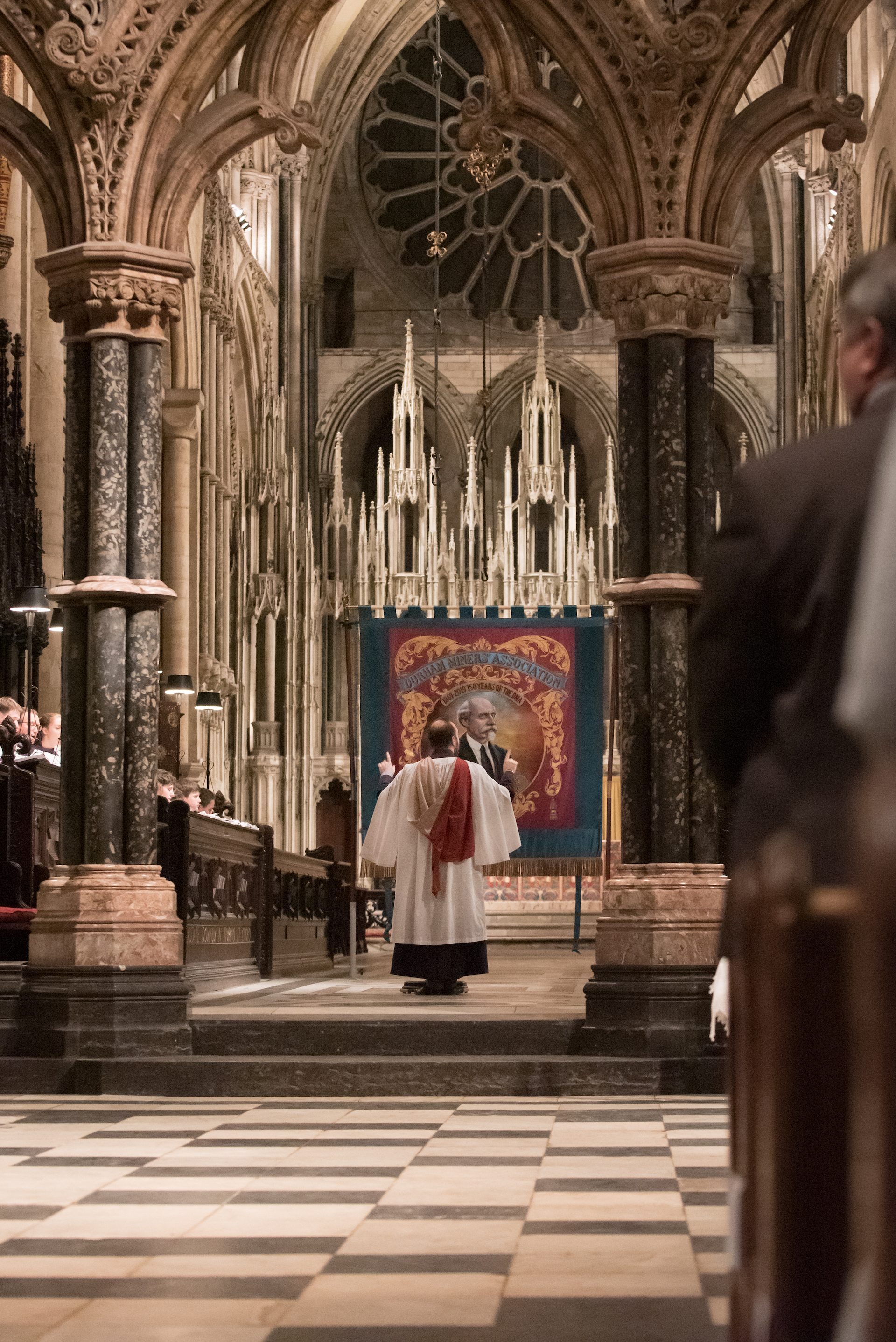