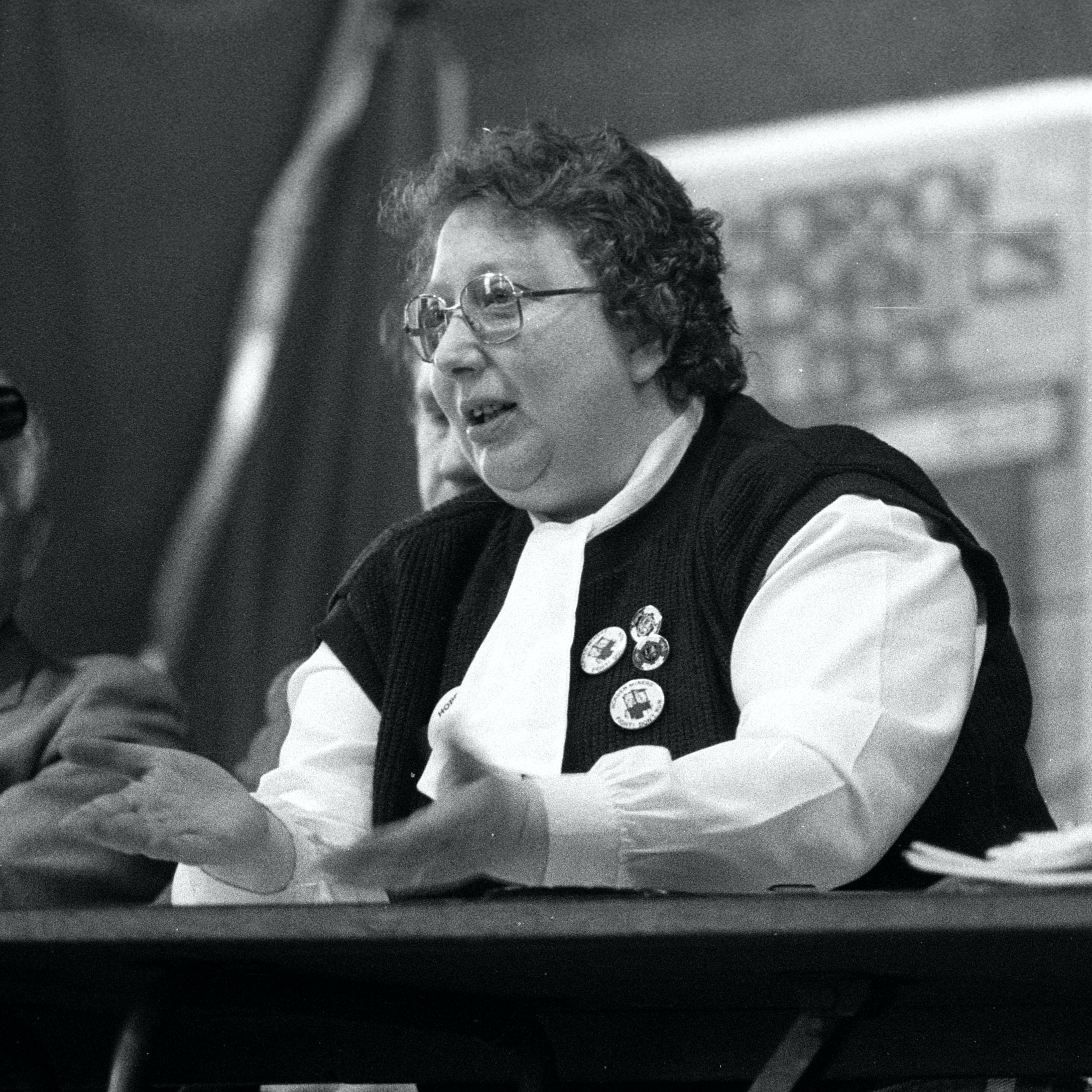 Anne, who has died aged 72, was central to the efforts to support miners and their families during the 1984-85 strike.

With great courage and determination, she made an enormous contribution to communities across the Durham coalfield and beyond.

Anne lived most of her life in Langley Park. When the strike began, she was working as a secretary for the Durham Mechanics. She began organising picketing and then meeting the needs of mining families.

She co-ordinated the Women’s Support Groups, organised fundraisers, and ran workshops to equip women to assemble and distribute food parcels. One example of her work was the campaign to ensure every child of a striking miner received a toy at Christmas, and every family a turkey.

Alan Mardghum, Secretary of the DMA, said: “Anne Suddick was a very special person. Her efforts and leadership in supporting us, our families and our communities was magnificent. She inspired, encouraged and empowered people across our communities, and across the country.

“We will always be grateful to Anne for her support, her kindness and her example. She will be greatly missed. Our condolences to Anne’s family and friends.”

As part of her fundraising efforts, Anne arranged a meeting with Bruce Springsteen while he was touring in the region. The meeting resulted in a donation of $20,000 for the support groups.

Over the course of the strike, Anne developed national and international links, creating relationships between the Women’s Support Groups and campaign including CND and the anti-apartheid movement. A network developed to support each other’s initiatives.

Meeting Anne inspired change in many lives. Some returned to education and others embarked on political careers, finding their own ways to make a positive impact in the world and passing on their lessons to their children and grandchildren. This is and will continue to be Anne’s legacy.

At a Newcastle University conference in 2004, Anne said: “I am quite certain that there is not one woman who remains unaffected by that time of great hardship. It will remain with me for life.”

After the Strike, Anne read Sociology at Durham University and was a prolific poet for the rest of her life.

(Photo: Anne Suddick speaking at a rally to save Horden Colliery in 1986. Image courtesy of Keith Pattison)