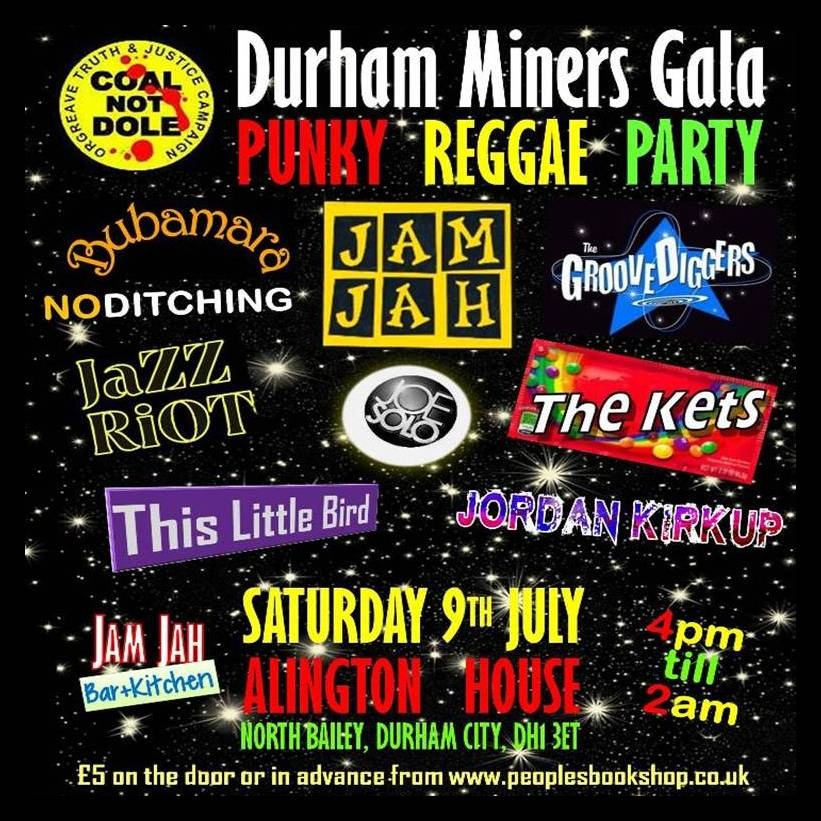 This year's Durham Miners' Gala is going well beyond its traditional early evening wind-down and will continue into the early hours of Sunday morning in order to showcase a selection of the county's brightest and best musicians. The good folks at The Peoples Bookshop have teamed up with Jam Jah to lay on what can only be described as eclectic line-up. The Garden Stage will kick things off with acoustic sets from This Little Bird, Joe Solo and Jordan Kirkup, taking things up a notch in the front room will be Jazz Riot followed by The Kets and on the main stage NoDitching, Bubamara and the Groove Diggers will be pulling out all the stops to get Durham dancing. As if all that’s not enough the jam jah DJ’s will keep things going until 2am. All for the bargain price of a fiver!