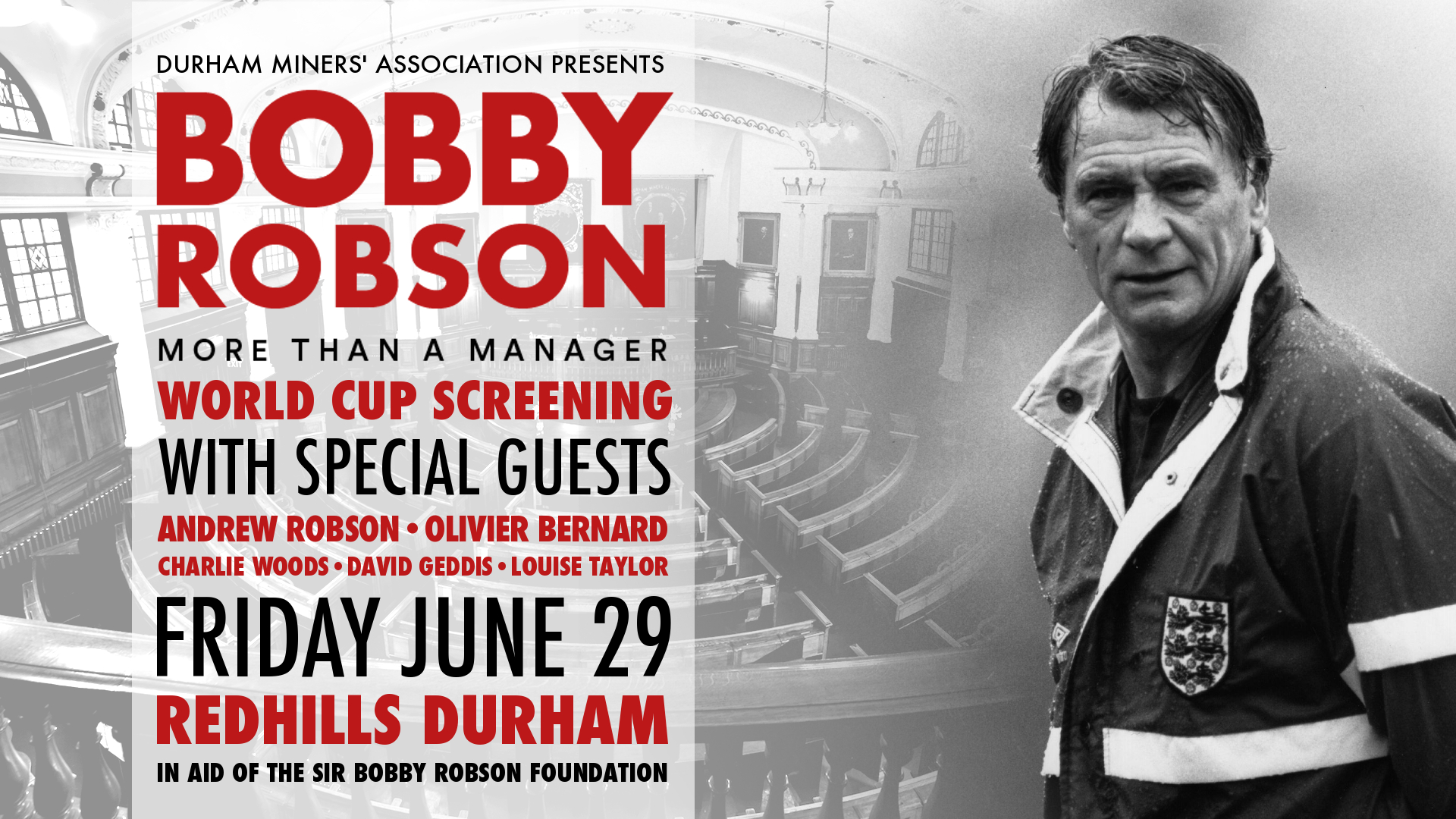 A special fundraising event in celebration of the great Sir Bobby Robson will be held at the historic home of the Durham Miners.

A screening of the new film about Sir Bobby, a former Durham miner, will be followed by a discussion and Q&A with some of the people who knew him best.

Sir Bobby, who was born in Sacriston, began his working life alongside his father, Philip, at Langley Park Colliery.

The screening of Bobby Robson – More Than A Manager will be followed by a panel discussion and Q&A. The panel will include Sir Bobby’s son, Andrew Robson, and former Newcastle United player Olivier Bernard. Longtime friend and former Newcastle and Ipswich player Charlie Woods, who served as Sir Bobby’s coach at Ipswich Town, scout for England, and Chief Scout at Newcastle United will also join the panel alongside European Cup Winner David Geddis, who played in Sir Bobby’s FA Cup winning team at Ipswich, and was a coach at Newcastle United. The panel will be chaired by Louise Taylor, North East Football Correspondent for The Guardian.

The event takes place on Friday, June 29 at Redhills - The Miners’ Hall, Durham DH1 4BE. Doors open at 6pm. The event starts at 7pm. No World Cup match. Bar serving from 6pm.
Tickets are onsale now at: buytickets.at/redhillsdurham/172640

Andrew Robson said: “My parents were born and raised in Durham, and, as well as dad, both my grandfathers were miners, so Redhills is a wonderful and fitting venue. The family is pleased to support this unique event, and we are looking forward to a very special evening.”

Half of the funds raised from ticket sales will go to the Sir Bobby Robson Foundation.

Joe Whitworth, Chairman of the DMA, said: “Bobby Robson is perhaps the most famous, and most beloved, son of the Durham Coalfield. We are very proud to be hosting this special event in celebration of Bobby and in support of the wonderful Foundation he created. We are particularly proud that we’ll be welcoming the Robson family to our home at Redhills.”

Sir Bobby Robson launched his Foundation in 2008 to help find more effective ways to detect and treat cancer. He called it his 'last and greatest team.'

Redhills was opened in 1915, paid for by the contributions of 200,000 miners then working on the Durham Coalfield. The Pitman’s Parliament, as it is known, was the scene of deliberations and decision making that shaped the lives of coal mining communities in the region. Today, the DMA is working to develop Redhills as a hub of learning, practise and performance, for the benefit of future generations.

The event will take place during the World Cup, on Friday, June 29, at Redhills, Durham, DH1 4BE. Doors open at 6pm and the screening will begin at 7pm followed by the discussion and Q&A.

Tickets are onsale now at: buytickets.at/redhillsdurham/172640