Jeremy Corbyn Receives a Hero's Welcome at the Gala

The 132nd Durham Miners' Gala will be remembered for a long time, as a record crowd filled the streets of Durham city. On the racecourse, the largest crowd for generations – including thousands of young people – gathered in an incredible show of support for the leader of the Labour Party Jeremy Corbyn and heard from supportive Labour MPs and trade union leaders including Dennis Skinner and Frances O'Grady.

The hero's welcome which Corbyn received in the Labour heartland of Durham exposed the lie peddled by hostile MPs and the media that somehow he "doesn't connect with traditional Labour voters." The truth is that finally in Jeremy Corbyn, traditional Labour supporters, trade unionists and young people have someone who will tirelessly champion their interests. 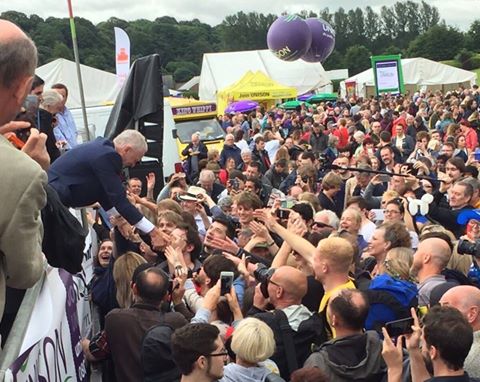