Dave Hopper Will Be Universally Missed 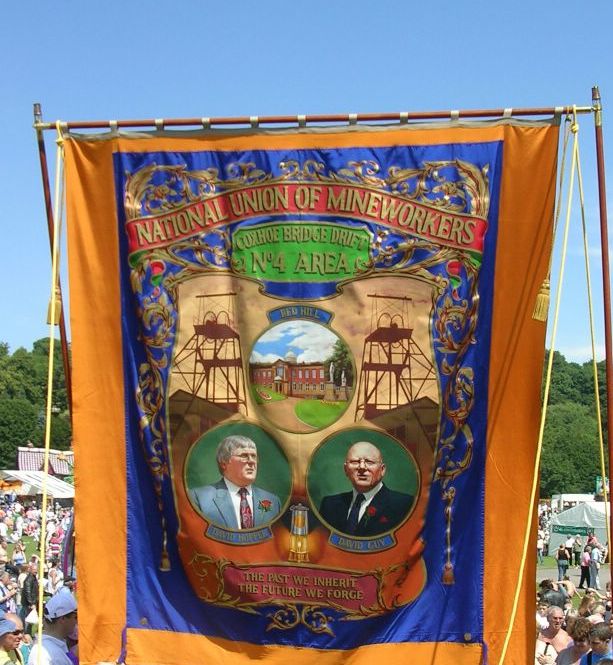 This year, the sudden and untimely death of Dave Hopper, our general secretary for 31 years, was a huge and tragic shock.

His contribution to the welfare and wellbeing of the Durham miners was enormous and he will be universally missed. The 800 mourners at his funeral are manifest testimony to how he was respected and revered throughout Durham and the wider trade union and labour movement.

Whatever the difficulties may be, we can assure you that we will continue his work defending our members.

This year’s Big Meeting attracted the biggest crowds for over 50 years. After years of indifference and opposition from the leadership of the Labour Party, Jeremy Corbyn has restored the Gala to its rightful place at the centre of the Labour calendar.

The massive crowd that rallied round the platform to hear Jeremy demonstrated that no matter how much he is vilified by the Tory media his popularity continues to grow particularly among young people who reject self-serving, careerist politicians.

After the close vote to leave the European Union, we are entering unchartered waters. We feared that whatever the outcome of the referendum it would be the poorest in society that would suffer. Unfortunately, early indications are proving this correct. The rapid fall in the price of the pound sterling is already having an adverse effect on our standard of living.

After decades of little or no wage increases, inflation now threatens to plunge millions of families, already living on the edge, into the depths of poverty. The loss of in-work benefits planned by the Tories will lengthen the queues at the food banks.

The shock result of the US Presidential elections has dropped further uncertainty into the world situation. Bizarrely, a man who fought a campaign based on racial hatred, simplistic answers to complex problems and straightforward lies won an election when he received 2.3 million fewer votes than his opponent and polled less than a quarter of the eligible electorate. It is a very worrying development.

The most important objective for the DMA is to continue to give the best service to our members who are facing ever-increasing attacks on their benefits.

We would like to take this opportunity to wish you and your families all the best for the New Year and to assure you that the Durham Miners' Association will always be here for you.