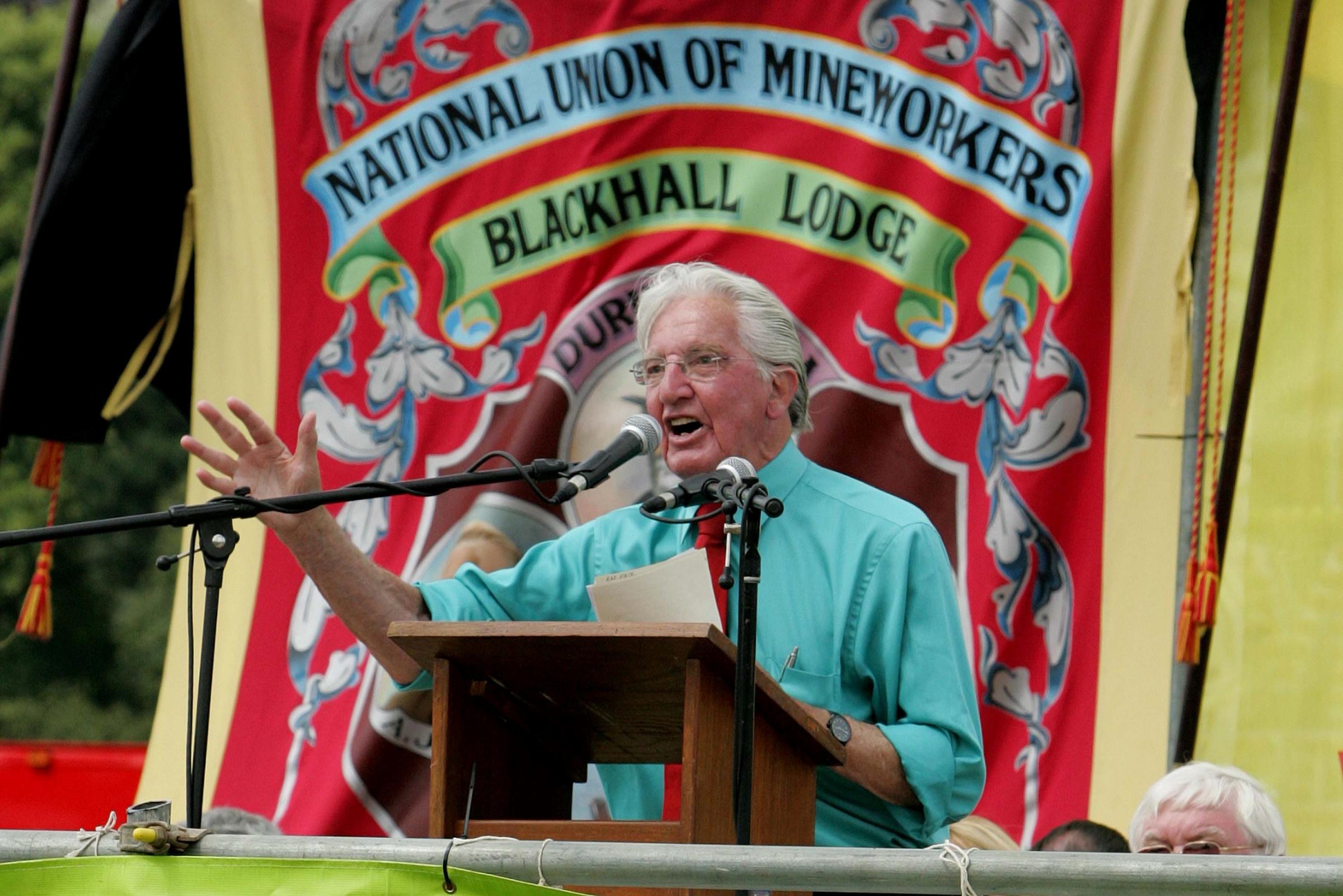 All those who were eagerly waiting for a typical barnstorming Skinner speech were not disappointed.

Referring to the millions of trades unionists that had taken action on the 10th July, he said with due emphasis and to great applause: ‘I say it loud and clear, if any Labour MP asks the question are strikes necessary? – Yes they are! Working people have not got a great deal of power; they never had. Most of the power is in the hands of all those at the top of the Sunday Times Rich List and the idea that somehow or other they can’t use the right to strike is a nonsense.

‘So I just want to say to you that that strike was necessary but I think more than that. I wish it had taken placein 1984 when we should have had a second front. And if we’d had a second front to support the miners, we would have got home and dry. Remember that in the future because we might be up against the same problems.’

‘That 1984 strike was one of the most honourable strikes in trade union history, where a man at 60 was prepared to surrender his mortgage and the roof over his head for a miner at 16 in another coalfield that he’d never met – that’s honour and never forget it. And if we had won that battle, we would have changed the course of history. Thatcher would never have got round to selling off the public utilities.

He reminded the audience that Thatcher had promised a share- owning democracy but the reality, 20 years later, is that the energy and water utilities are all owned by foreign companies.

He continued, saying that Thatcher had destroyed the manufacturing base of the British economy, deregulated the banks and introduced a casino economy that was the cause of the recession. Then, they cast her out, he said, ‘like a dog in the night’.

He compared the present problems with those of 1945 when the country was bankrupt. The Labour Government then was able to establish a health service and lay the foundations of a welfare state by borrowing money and repaying it over a period of decades.

‘We need that kind of spirit, the 1945 spirit, starting here in Durham to get an agenda that can beat the Tories. The reason why they keep talking about Miliband is because we haven’t got the dynamic policies that are necessary.’

‘The speeches today from the teachers, the GMB, the railwaymen have all told you what’s needed. We all know what’s necessary – what we need to do.

‘First of all, we need to put an end to the wage freeze when a Labour Government gets in. Secondly, we want a living wage right across the length and breadth of Britain. Next, we’ve got to introduce free collective bargaining in all those areas of the private sector where it doesn’t exist at the present time and get rid of zero-hour contracts.

‘We’ve also got to make sure that we introduce proper decent public ownership. You’ve heard about taking rail back, I endorse it completely, it’s absolutely necessary. Why should we be putting money into Richard Branson’s pocket when we know for a fact that we should be making money for the taxpayer, the pensioner, the nurses and all the people who need the money?

‘I’ve been in Parliament long enough to remember Harold Wilson nationalising aerospace with a majority of one. So it can be done.

‘We’ve got to end the Bedroom Tax – that’s a no brainer. We have to introduce a massive house-building programme like we did after the end of the Second World War when the country was skint. How did we do all these things after 1945? – we borrowed the money!

‘We built a national health service, we introduced pensions for all, we built council houses – homes for heroes – that’s what we did. So the idea that you can’t do anything because of austerity is the biggest load of lies I’ve ever heard.

‘This Big Meeting inspires me. I think Cameron didn’t know about this place when he talked about the “Big Society” because I’ve been addressing it [the Big Society] here since 1978. And that bloody idiot went to Eton, educated beyond his intelligence, and didn’t know it existed here in Durham.

‘Yes it is inspiring and that’s why I feel as I do. I know that when I come back here there’ll be a warm reception.I know it won’t be picked up by the press and the BBC – I know that. But what I also know is this, there are two people that have left us, Tony Benn and Bob Crow, and if they were here they’d be cheering. That’s what Durham means to all of us. Never let the spirit die.

‘Let’s start building the manifesto here in Durham – the Durham Manifesto – that’s what Tony and Bob Crow would want. Thank you.’