DMA 150th anniversary to be celebrated in light at Durham Cathedral 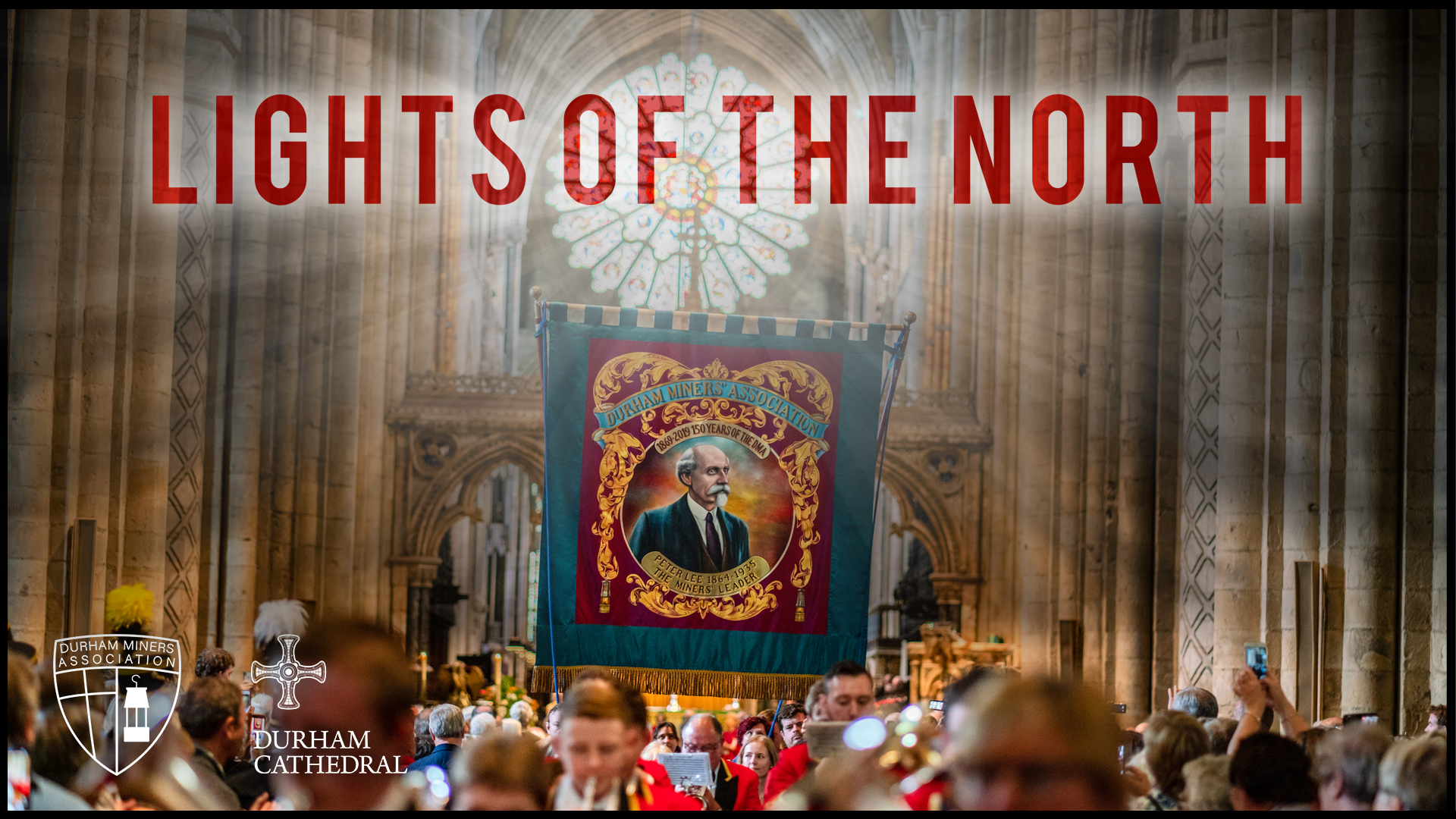 The 150th anniversary of the Durham Miners' Association (DMA) will be celebrated at a special Evensong service at Durham Cathedral.

The service will be the culmination of the Lights of the North appeal, which sees the DMA and the Cathedral joining together to celebrate the people and communities of the Durham Coalfield, past and present.

The appeal will enable people to remember and celebrate in light a loved one, a colliery or a community.

The appeal runs from September 10 until its culmination at the Evensong service at the Cathedral on 20 November  – 150 years to the day that the DMA was founded in 1869.

Each person and place will be represented by a lit candle during the Evensong service, with donors to the appeal invited as special guests of the cathedral and DMA. Donors will also receive a special commemorative programme, including the names of all those to be celebrated.

Alan Mardghum, Secretary of the DMA, said: “We are proud that our 150th anniversary and the people of the coalfield will be celebrated in the magnificent setting of Durham Cathedral. This will be a moving and powerful way to remember all those who’ve gone before us, and demonstrate that the communities and values they forged over generations of struggle are still alive and still matter. We honour them by carrying the torch into the future.” 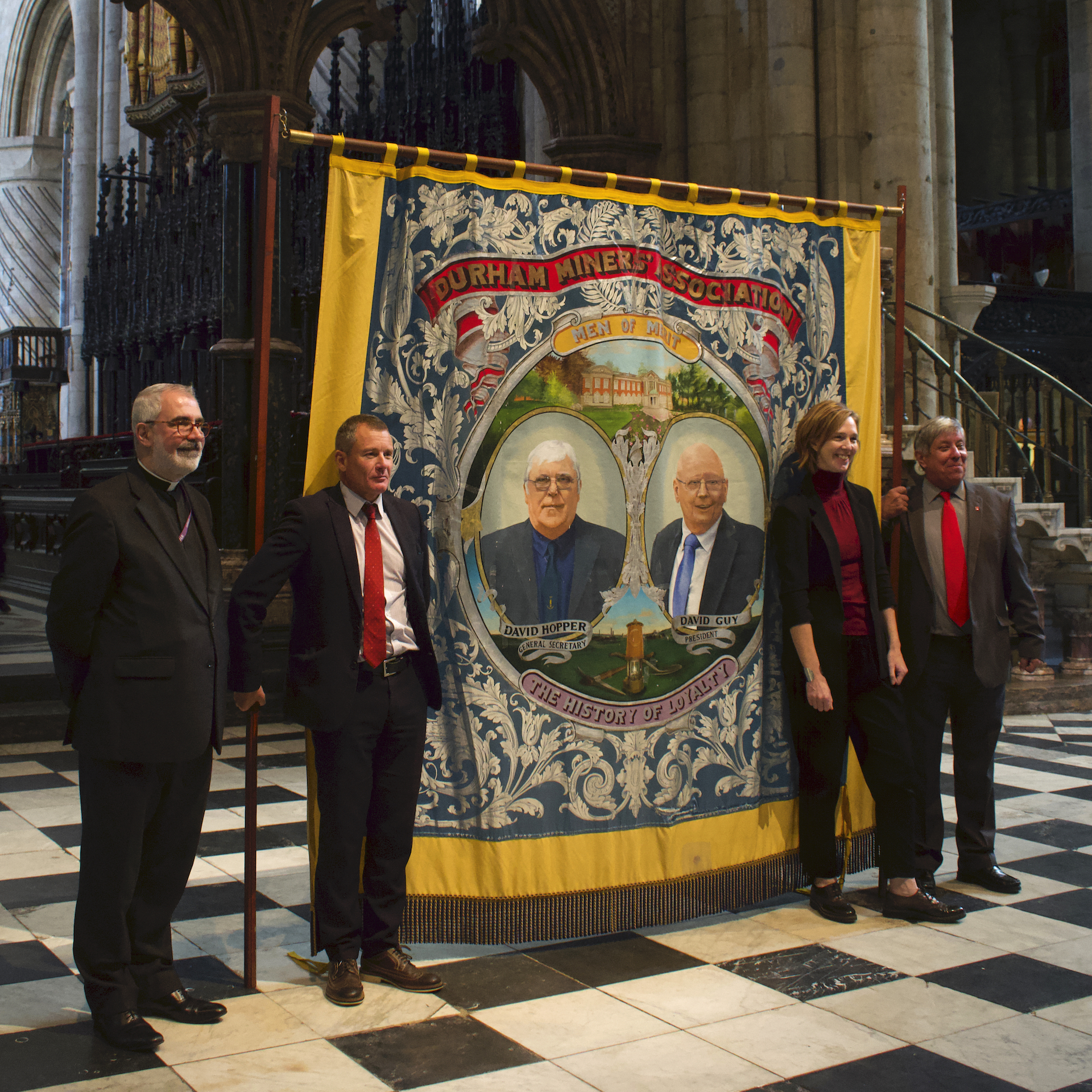 The appeal will raise vital funds in support of the work of both the DMA and the Cathedral, by inviting people to donate, with a suggested donation of £15.

The Evensong service will mark 150 years since a group of delegates from across the Durham Coalfield founded the Durham Miners’ Association, on 20 November 1869.

Gaye Kirby, Head of Development at Durham Cathedral, said: “We are delighted to be partnering with the Durham Miners’ Association to celebrate their 150thanniversary.  This builds on the strong links already established through the annual Miners Service on Gala Day and the permanent miners memorial housed in the cathedral. We hope that the Lights of the Northappeal will be a fitting way to celebrate the great people and communities of the Durham Coalfield, whose values are so intrinsically linked to those of the cathedral.”

Within 50 years of its founding, the union had gained 200,000 members, organised to improve the lives of the people of County Durham, established the Durham Miners' Gala, and built its magnificent headquarters at Redhills.

More than a quarter of a century after the closure of the last colliery on the Durham Coalfield, the principles of community and camaraderie at the core of the institution remain deeply ingrained in the fabric of the county.

The annual Durham Miners’ Gala has undergone a resurgence in recent years, with more than 200,000 people packing the streets of the city every second Saturday in July. The Miners Festival Service at Durham Cathedral, established in 1897, remains a key part of the Gala, and continues to feature the blessing of new miners banners, funded by coalfield communities.

Proceeds from the Lights of the North appeal will be split equally between the Durham Miners’ Association and Durham Cathedral and will enable both organisations to continue to support local communities and share the regions mining heritage with people today and with generations to come.

The Lights of the North appeal was launched at Durham Cathedral by the DMA's Alan Mardghum and Stephen Guy, alongside Canon Michael Hampel and Gaye Kirby from the Cathedral.

You can find out more and donate to the campaign at www.durhamcathedral.co.uk/whats-on/lights-of-the-north