A new film of the extraordinary poem 'Durham Beatitude' by William (Bill) Martin created for the return of the Durham Miners Gala and shown for the first time on the giant screen at the 2022 Big Meeting.

The poem mourns the victims of the 1951 Easington Disaster. The moving and powerful film combines its words, spoken by its author, with images of the Gala through the years. 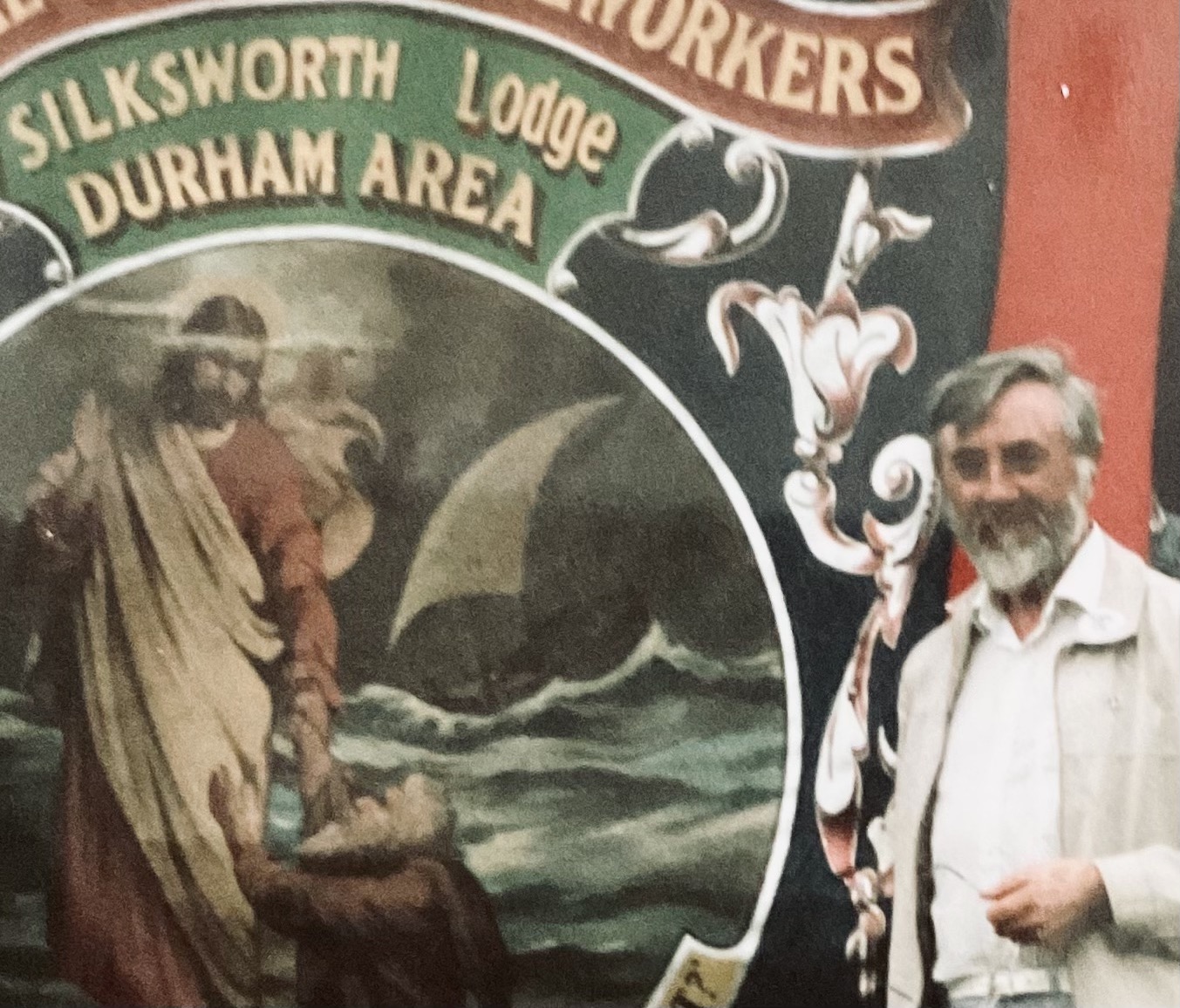 “William Martin was born in Silksworth in 1925. He published six volumes of poetry and was noted as a bardic performer of his work, frequently breaking into song – including traditional lyrics and folk pieces of his own devising.

“Posted to Karachi during WW2, he served as an RAF radio technician. Here he encountered Eastern spiritual teachings, which he melded with his Methodist-inspired socialist upbringing in the Durham Coalfield to coin the term ‘Marradharma’, the philosophy of comradeship which underscored his poetry.

“Following demobilisation, he worked as an audiologist at Sunderland Royal Hospital. He started painting but came to poetry, which was easier around a growing family. Though he wrote without recognition for much of his career, his latter books were published by Northumberland-based Bloodaxe Books, one of the world’s leading international poetry presses. Much of his verse was self-illustrated, with prints, drawings and collages forming visual accompaniments to his striking literary celebrations of the people, places and histories of the North-East.

“Each summer solstice Bill would lead a group of family members, friends and fellow poets on a pilgrimage from his home at the foot of Tunstall Hills in Sunderland to Durham Cathedral. Recently this walk has been re-kindled. Bill’s archive has recently been acquired by Newcastle University, his work hopefully going on to inspire a new generation.

“This poem, ‘Durham Beatitude’, which mourns the 83 lives lost in the Easington Colliery Disaster of 1951, was remembered at the Gala in 1980. It was published in Bill’s 1983 collection Cracknrigg.”

The Durham Miners Gala is only able to continue because of the support of its 'Marras' - those who chip in by donation or subscription during the year. Costs are rising sharply and the Gala needs its Marras more than ever.

If you haven't yet please sign up to support the Gala today here.