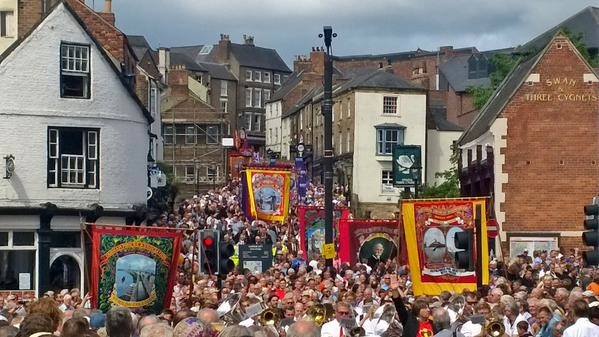 The Durham Miners’ Association is backing Jeremy Corbyn’s call for a million members of the Labour Party.

With nearly 200,000 people expected on the streets of Durham, next year’s Gala on 9 July 2016 will be a massive rallying point for the whole Labour movement – and the Durham Miners’ Association is determined to call on all those taking part in the Gala to join Labour.

“We will do our utmost to encourage people to join the Labour Party, to create a massive social movement against austerity and sweep the Tories out of office in 2020.''