Durham Miners' Gala: A time to celebrate, a time to remember 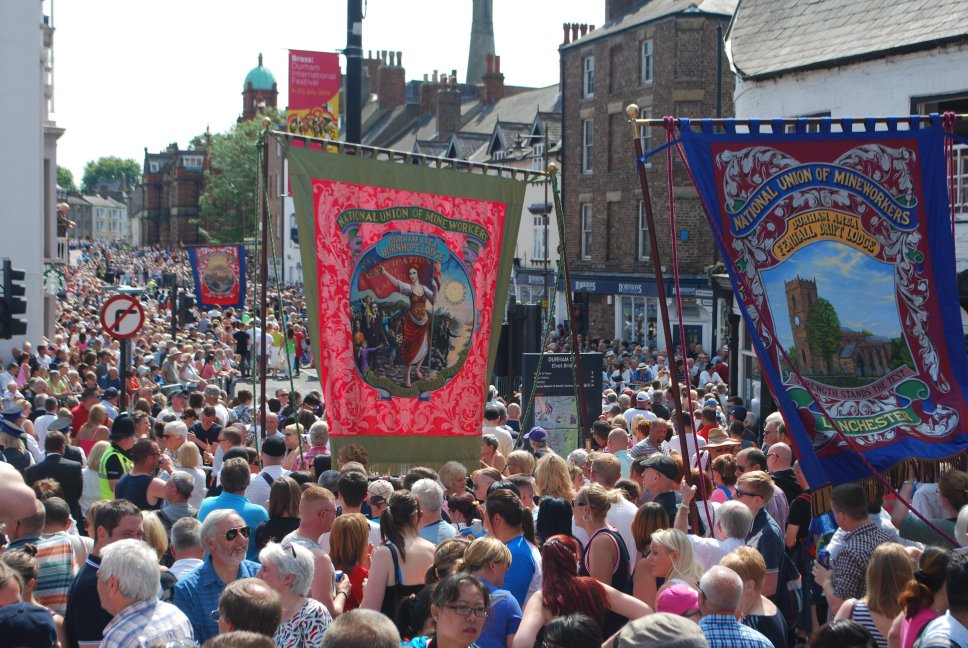 Every pit village in the Durham coalfield has a tribute to the miners who lost their lives fighting fascism. Their names are on cenotaphs, listed alongside all those other brave souls who fell saving Britain from Hitler and Mussolini during the Second World War. So many colliers put down picks and shovels to pick up rifles, joining in their droves the Durham Light Infantry in particular, the government was forced to stop them leaving the Durham mines in 1941 because coal was needed to fuel the war effort.

Then, at the end of 1943, mining conscription was introduced to send so-called Bevin Boys down the pits. The patriotism of the Durham miners was legendary. For an entire year, each donated a penny a week from their wages to buy a couple of Spitfires to shoot down Luftwaffe bombers. The spirit of the time was captured at the final Durham Miners’ Gala before the 1939-45 struggle against the authoritarian nationalism of fascism, an evil creed of racism at the end of a jackboot. Will Lawther, President of the Miners’ Federation of Great Britain, who’d briefly been Labour MP for Barnard Castle, told the Big Meeting: “To us, fascism means the end of all our hopes and aspirations. Therefore, the miners call upon their brother miners the world over for unity in that fight to overcome the common foe.”

The Hope not Hate expressed by Lawther captured a spirit of mining communities which endures long after the mines have gone. It is a potent mix of self-help and co-operation, extending the hand of friendship to live and work together. As the son of a Durham miner – and my brother was working at Westoe Colliery in South Shields when the Tories shut it in an unforgivable act of industrial and social vandalism – I love how we in the hard-hit North East still take great pride in our friendly reputation.

Maybe it’s because we’re a meld of so many peoples. The Romans came and were this side of Hadrian’s Wall. The Danes, Norsemen and Vikings left their heritage in family names and places. William the Conqueror’s lot from France built the magnificent Norman Cathedral atop a hill in Durham City, a gift from Europe and a beacon to the world. The Irish migrated to Durham in their tens of thousands. My home town of South Shields has a Yemeni community dating back to the late 19th century.

I was an excited schoolboy in 1977 when Muhammad Ali, heavyweight champion of the world, visited the local mosque for his wedding to be blessed. The Poles who come to the area today follow in the footsteps of Polish miners who worked in the pits after the Second World War. We’ve embraced the best food and football the world has to offer. Indian and Chinese takeaways and restaurants are popular.

At the Stadium of Light we cheer Benin’s Stephane Sessegnon. Up the road at St James’ Park the roar is for Senegal’s Papiss Cisse. But we must beware those who would divide and destroy, the evil racists who preach prejudice and plotto turn neighbour against neighbour. There’s nothing British about the intolerant BNP. The violent hooligans of the misnamed English Defence League, terrifying good people. The nasty wing of UKIP bring shame on the nation.

The Durham Miners’ Association looks outwards not inwards. The honour of addressing the Gala includes guests from as far away as Australia. Towards the end of the abhorrent apartheid era in South Africa, when the majority black population was treated like slaves and denied the vote, a delegation of South African miners were invited to spend three weeks with the families of Durham pitmen.

It was the first time the black South Africans had socialised with white people. And the first time they had seen white people doing manual labour. They were treated like brothers and sisters. In 2004, to celebrate the 10th anniversary of the end of apartheid, Lindiwe Mabuza, South Africa’s High Commissioner in London, spoke at the Big Meeting and brought an Anglo Gold Choir, which wowed the crowds on the racecourse and outside the County Hotel. Macho men were reduced to tears.

Let’s enjoy this July’s Gala together and make the future one of HOPE not hate.