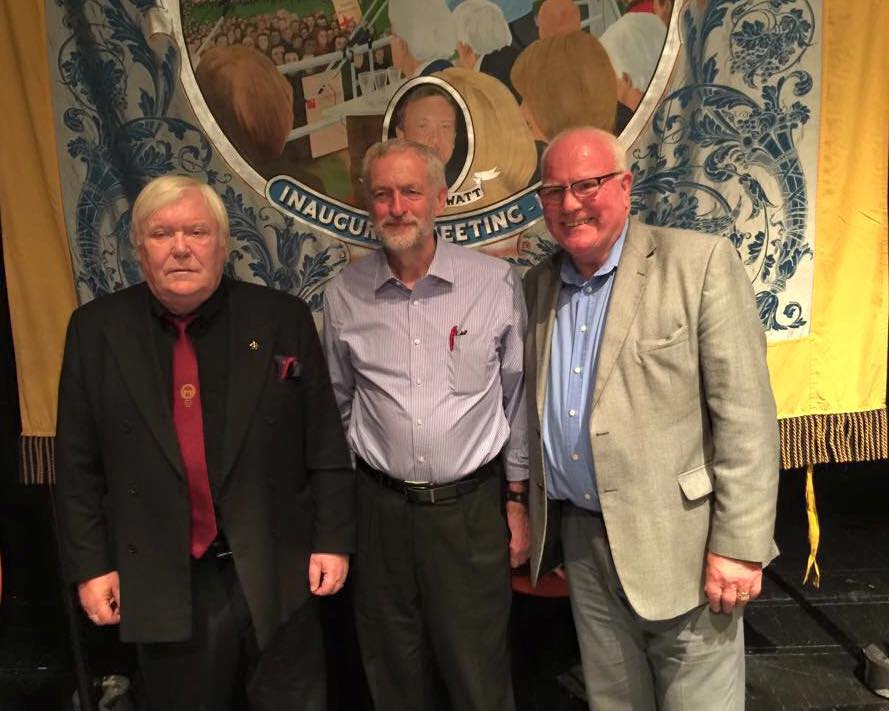 The Durham Miners' Association joined with over 1,000 people who packed into the Tyneside Theatre in Newcastle to support Jeremy Corbyn for Labour Leader.

Speaking from the platform, DMA secretary Dave Hopper told the audience that Jeremy Corbyn was ''one of the most principled MPs'' he had ever known, adding that if everyone in Britain had given support to the miners as Jeremy Corbyn did during the 1984/5 strike, that ''society could have been changed for the better then.''

Mr Hopper spoke of the appalling levels of inequality and poverty in County Durham which have resulted in many people having to depend upon foodbanks and clothing banks to feed and clothe their families. This, he said was a scandal in the sixth richest nation on earth.

He concluded that 100 years on from the death of Keir Hardie, it was fitting that the Labour Party was ''on the verge of a revolution'' which would return Labour to its founding socialist values.

So great was the demand to hear Jeremy Corbyn's anti-austerity message that prior to the start of the rally, more than 700 people of all ages gathered outside the theatre and were addressed by Mr Corbyn as well as other speakers.

The Durham Area miners banner featuring an image of Tony Benn speaking at the Big Meeting was proudly displayed on the stage during the proceedings. 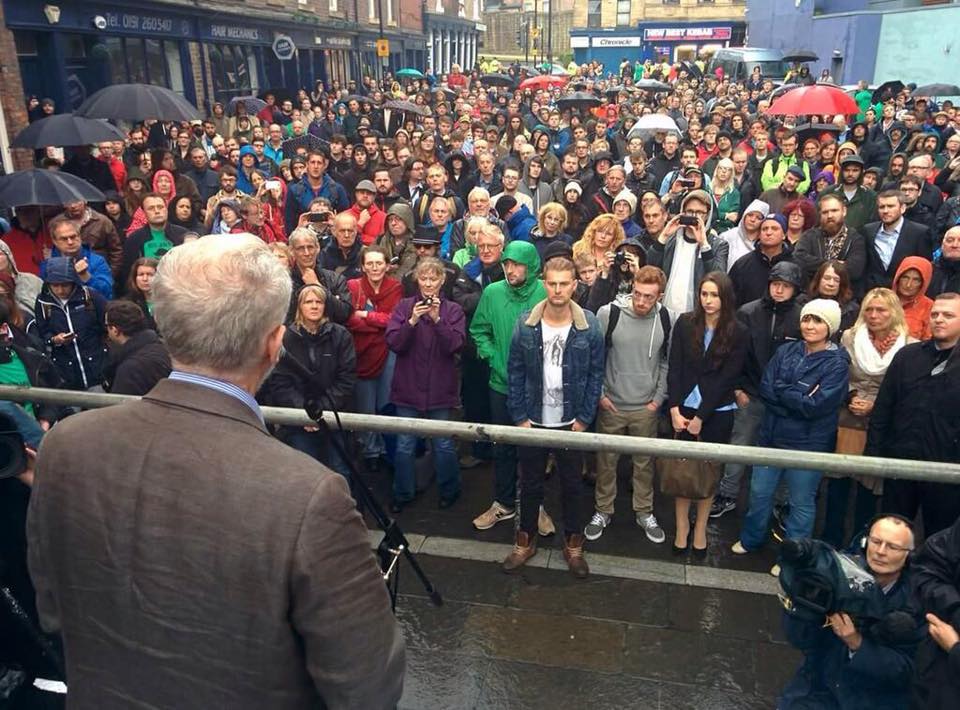