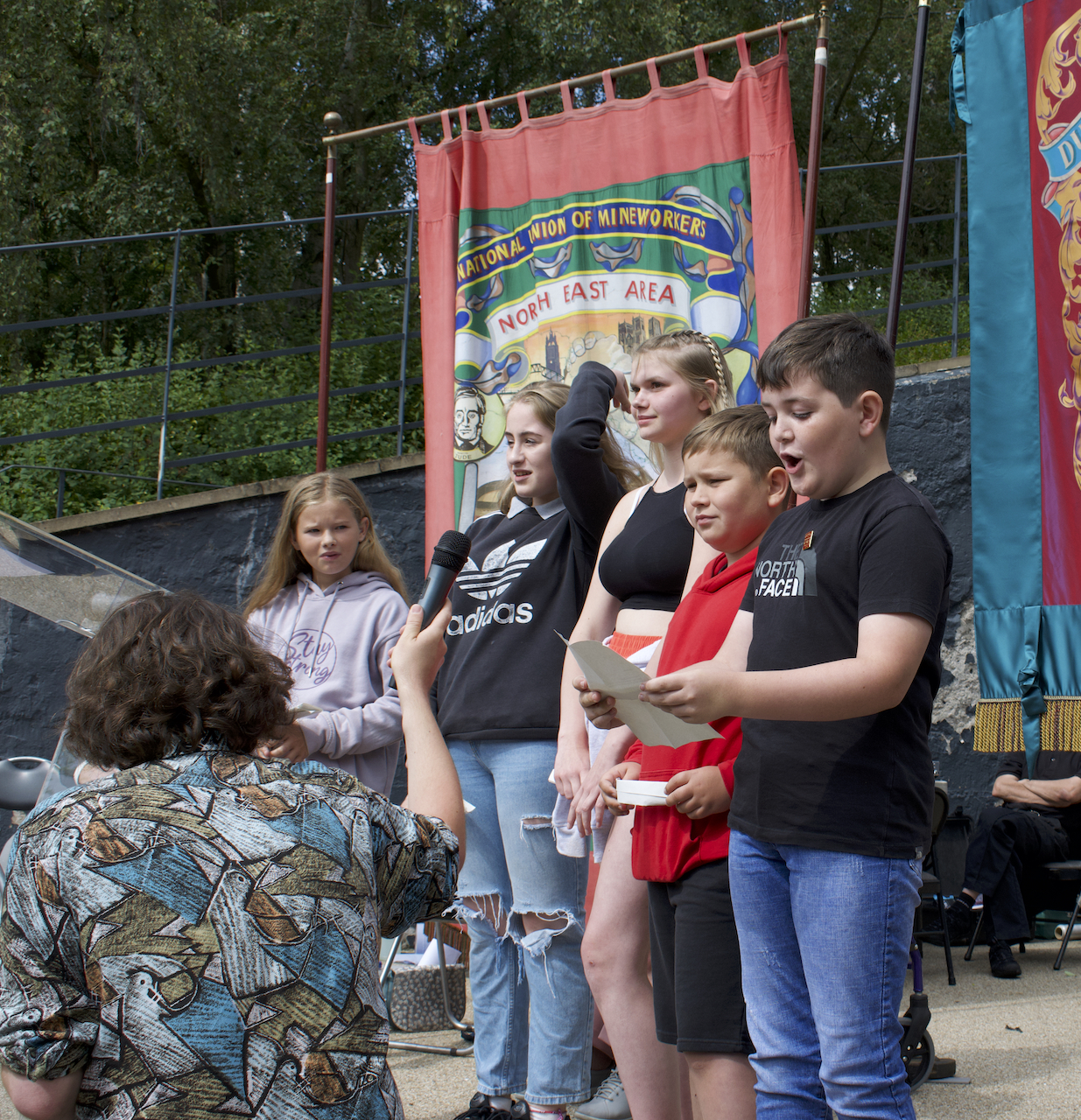 Banners, brass band music, and poetry marked the 150 years to the day since the first Durham Miners Gala.

The first Gala was held in the amphitheatre at Wharton Park on 12 August 1871. Today, the Durham Miners Association (DMA) returned to the site a century and half later to honour the anniversary. 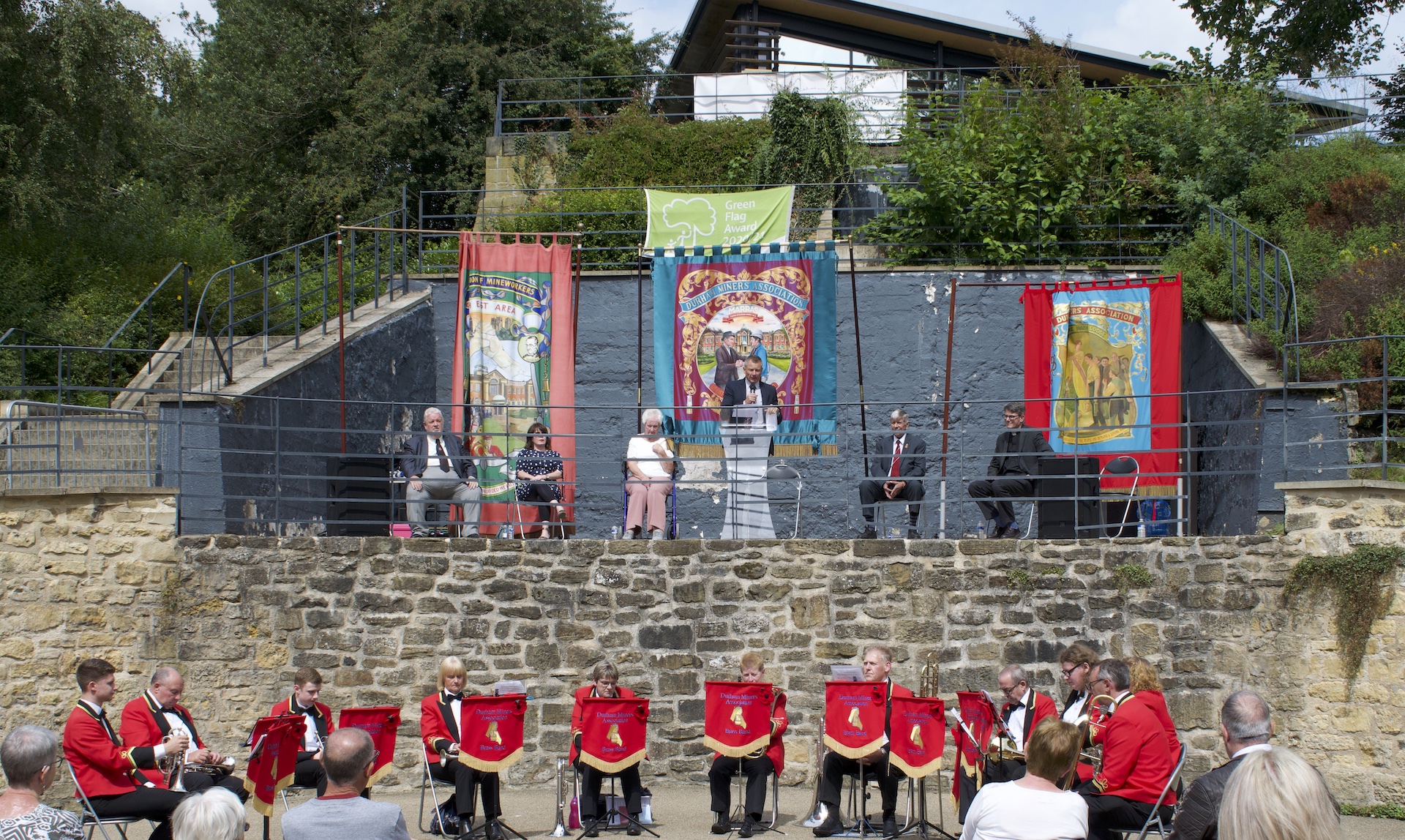 The DMA Brass Band played Gresford, as is Gala tradition, in memory of all those lost since the most recent Gala in 2019.

The Miners Festival Service at Durham Cathedral has been part of every Gala since 1897. At Wharton Park, the Dean of Durham, the Very Revd Andrew Tremlett spoke from the platform.

Poetry was read out from the platform at the first Gala. Inspired by this and the question ‘how can we change the world for the better’, children from Durham Area Youth Project have been working with poet Rowan McCabe from Hebburn. The young poets took turns reading through a poem they wrote collectively to mark the Gala anniversary.

Alan Mardghum, Secretary of the DMA, said: “On this day in 1871 families left their homes in pit villages across the coalfield to travel into Durham for the first Gala. This journey has been made on summers days for 150 years.

“The coal industry came to an end, but the Gala did not end with it. It lives because the people have remained determined that it must. The Gala represents the best of us. It is about community, human spirit, and our desire to look out for each other and to build a better world.

“Our thanks to everyone who joined us to honour the Gala and honour all those who have gone before us. A particular thank you to the wonderful young people from Durham Area Youth who lit up Wharton Park with their brilliance.

“The Gala is 150 years old, but the future is bright. We look forward to welcoming everyone to Durham when the Gala returns on the second Saturday in July 2022. As the Durham miners’ motto states; ‘the past we inherit; the future we build’” 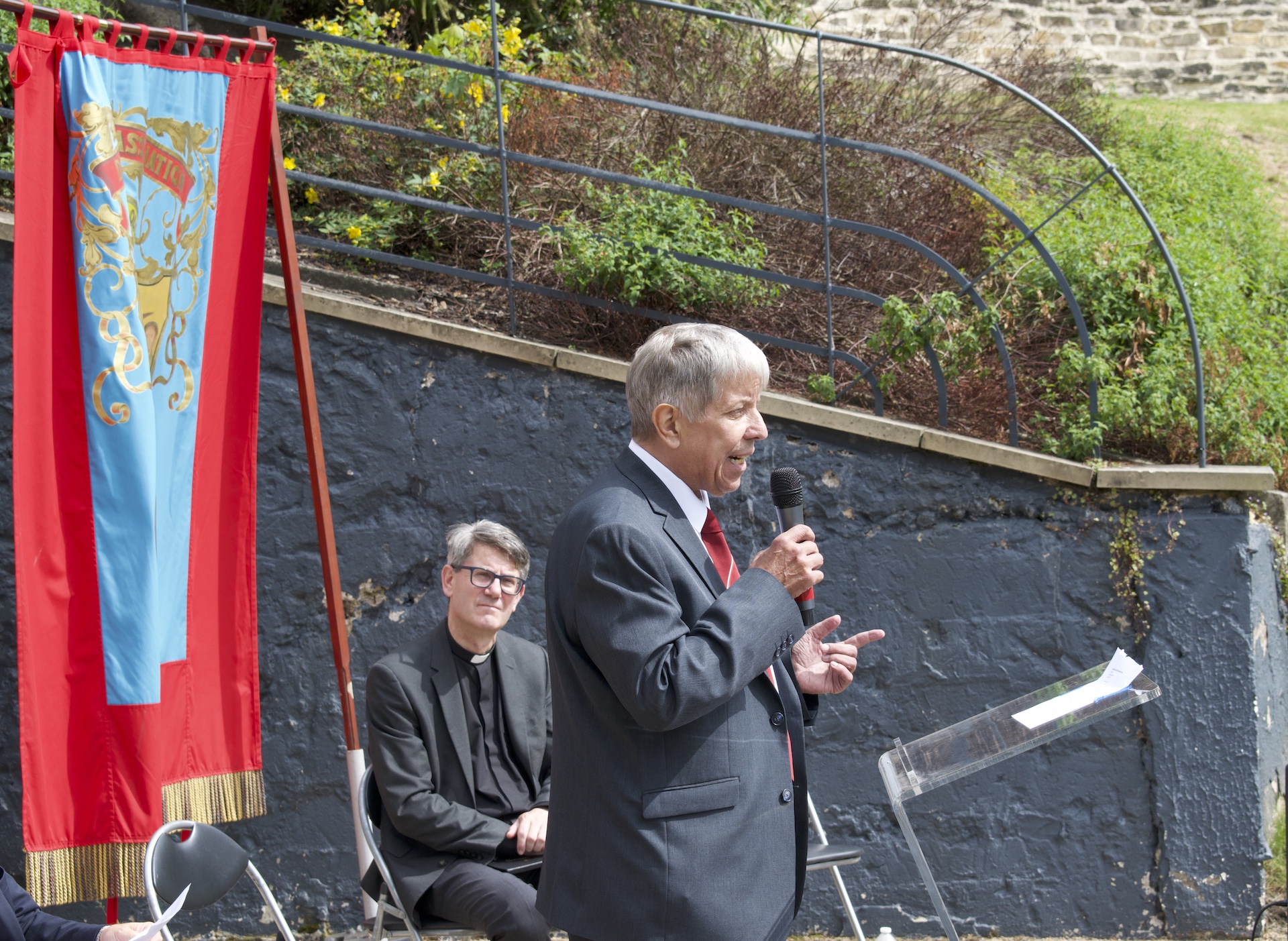 In 1871, the first Gala got underway at noon when DMA President William Crawford, took to the platform. His first words – the first ever spoken at a Gala – were: “This is the first great Gala day. I pray that it will not be the last.”

The Gala is due to return to the streets of Durham in 2022. Give your support by joining our band of Marras today:

Since then, there have been 135 Galas over 150 years. Before the Covid-19 pandemic, only two world wars and two national strikes had prevented the Gala taking place.

Following the cancellation of this year’s Gala, former mining communities have stepped up to arrange a series of ‘little big meetings’ bringing people together across the summer in the spirit of the Gala.

Organised by the county’s banner groups, the next events take place in Shotton and in Hetton this Saturday.

For more than a century, the Gala was funded by the working miners of the Durham coalfield. After the closure of the collieries, the DMA formed the Friends of Durham Miners Gala to keep The Big Meeting going. Those who contribute are known as ‘Marras’, a Durham miners’ term for trusted friends who can be relied on in times of need. 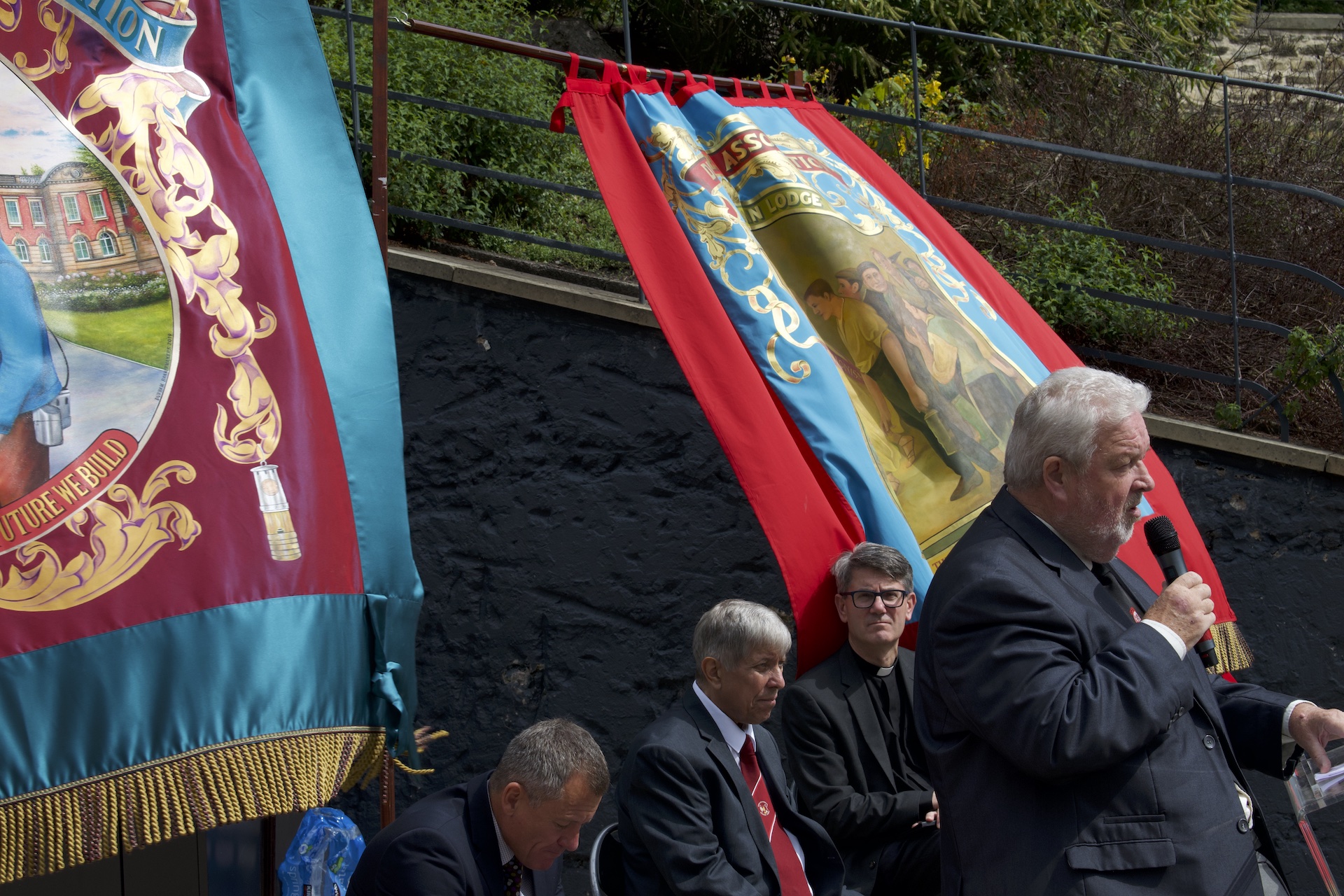 Chair of the Marras, the former Blaydon MP Dave Anderson, said: “Without the support of our Marras the Gala simply would not happen in any year. I urge everyone who values the Gala to please sign up, chip in what you can and help us ensure the Gala survives and thrives for many years to come.”

The first Gala is the only to be held in Wharton Park. The following year, the Gala paraded through the streets of Durham to the Old Racecourse ground, arrangements that have remained in place ever since.

Support the Gala by joining the Marras here. 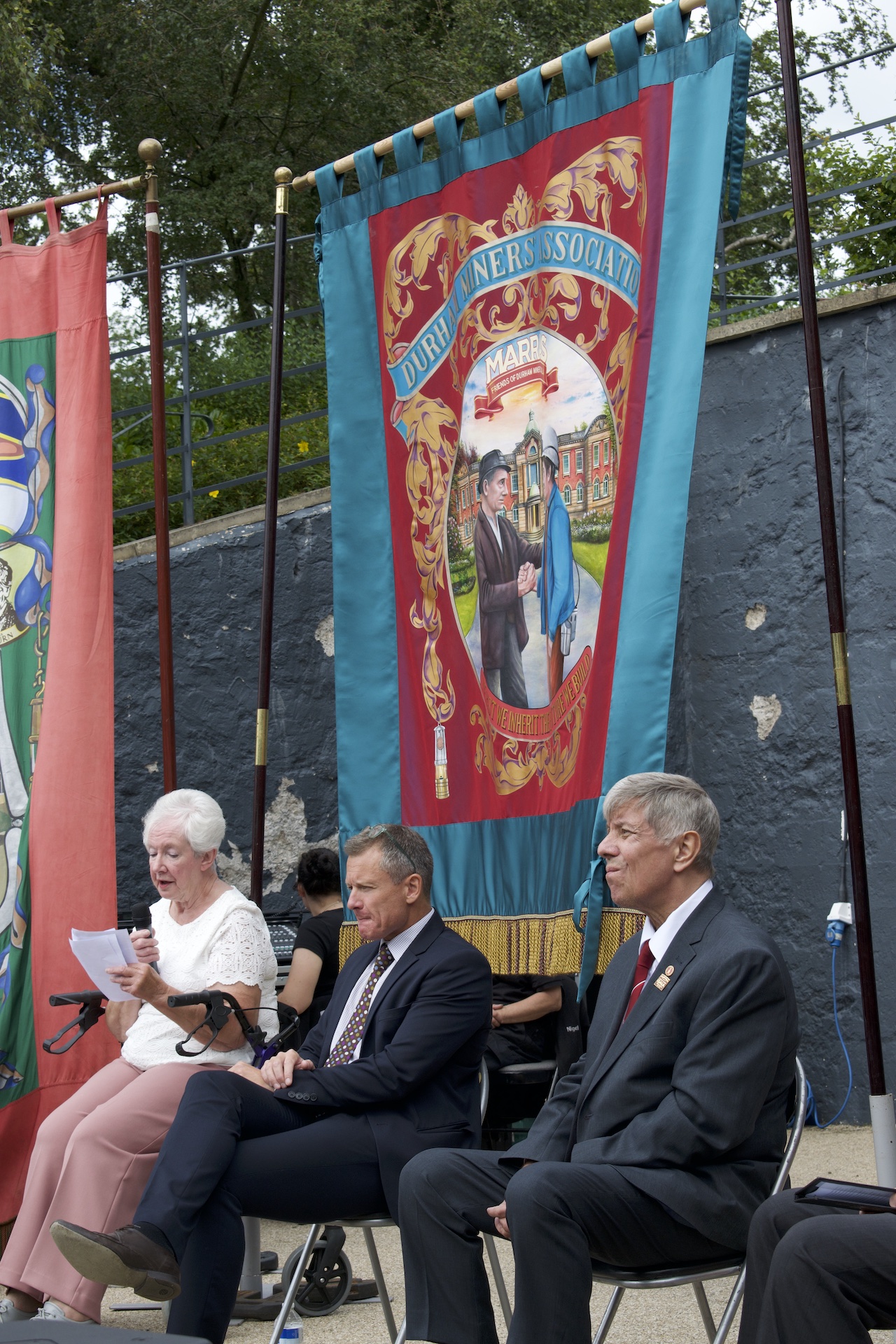 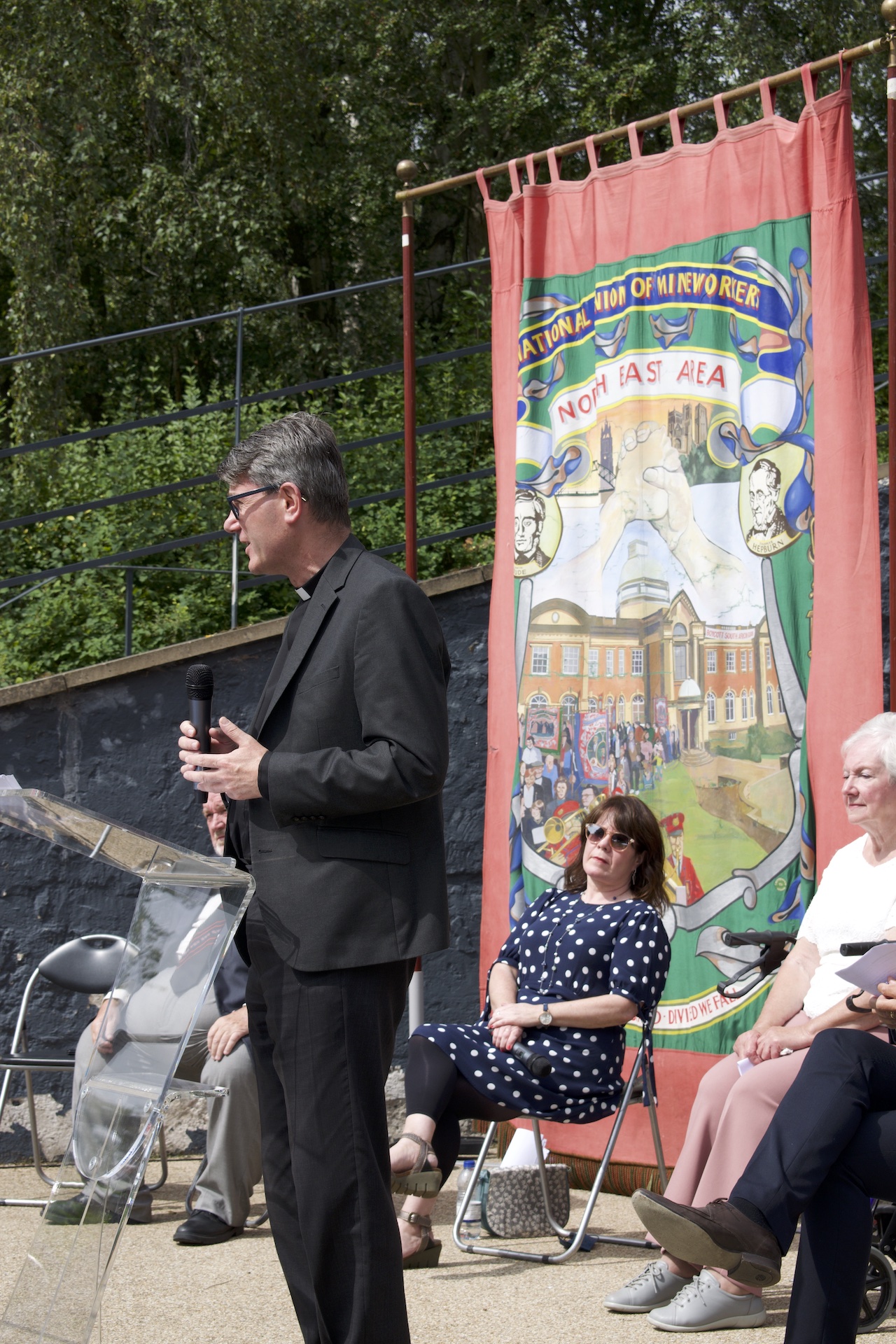 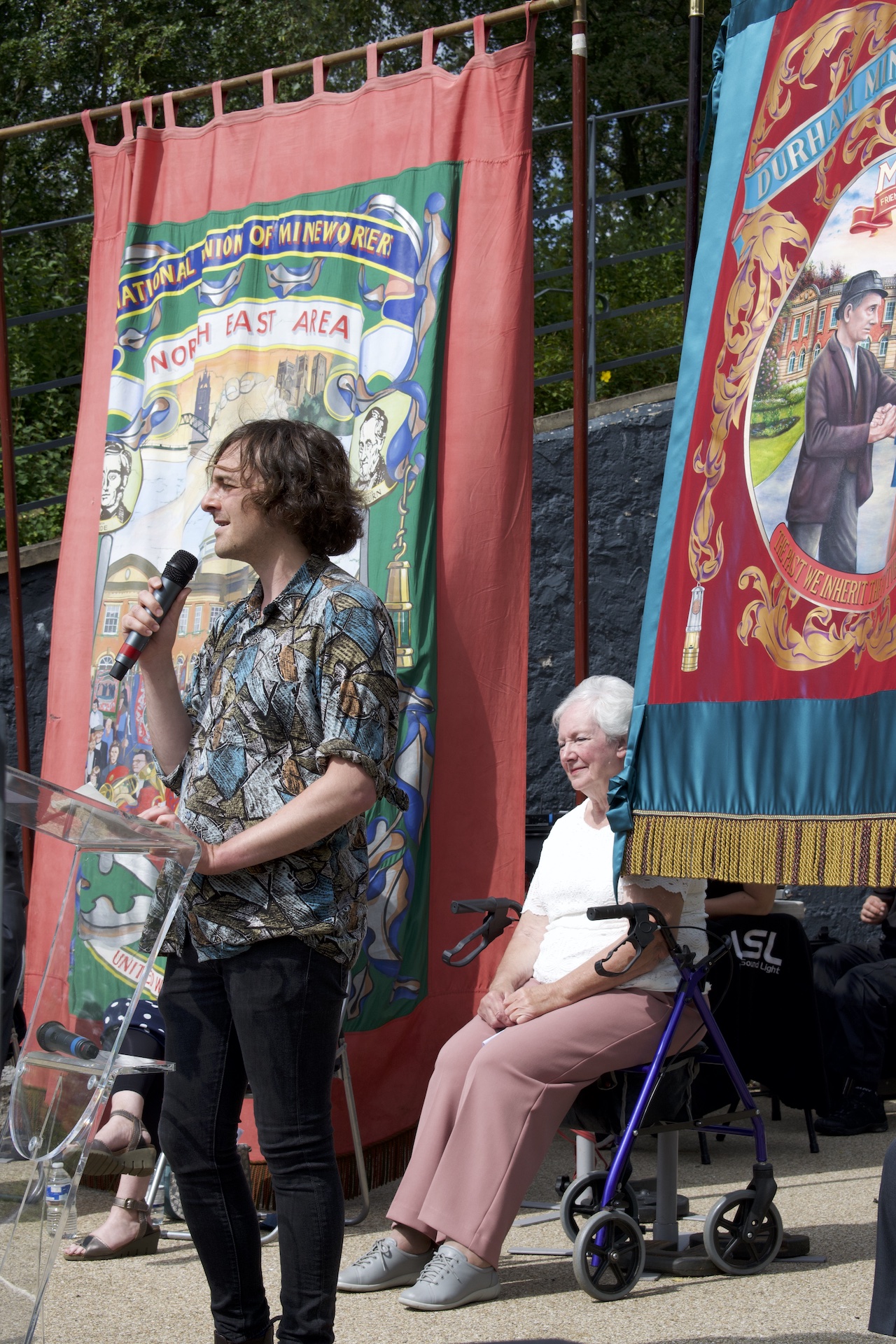