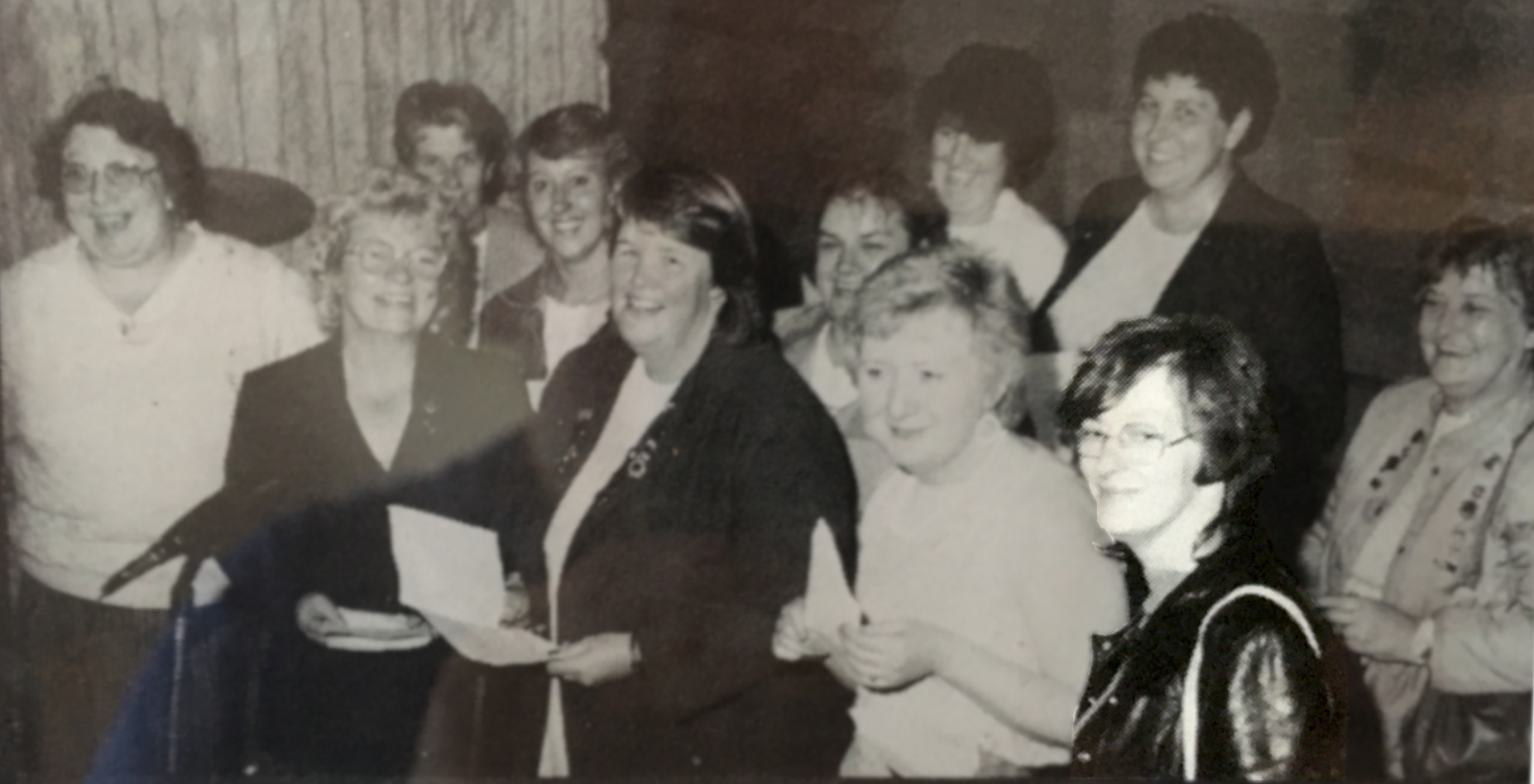 It is with immense sadness that we have learned of the death of Jean Lamb (pictured front row, right), a key member of the Miners Wives support group in Hetton and across Durham.

Jean was born in Audley in between Stoke and Newcastle under Lyme in the Staffordshire coalfield. She married her husband Keith in 1968 and she moved to the North East when Keith and his father moved back to the Durham coalfield. Keith was a lay NUM official for more than 30 years and Jean supported him fully in all he did.

But Jean came to the forefront in the 84/85 dispute. Like many other great women, she helped to set up and run a kitchen in the Miners welfare in Hetton, but she wanted to contribute more than the traditional woman's role.

To that end she was a regular participant on the line at pickets up and down Durham and beyond. She regularly went to the workshops at Philadelphia trying to persuade the women who were working there to come out and join the fight to save their jobs as well as that of the thousands of miners whose livelihoods were at risk across Durham.

When the first miner went back to work at Eppleton Colliery where Keith was employed , Jean was one of the first to get onto the line. Indeed, in that first horrific week she became one of 3 women arrested and locked up whilst demonstrating at the picket line. She went to court, where, thankfully the truth came out and she was set free. 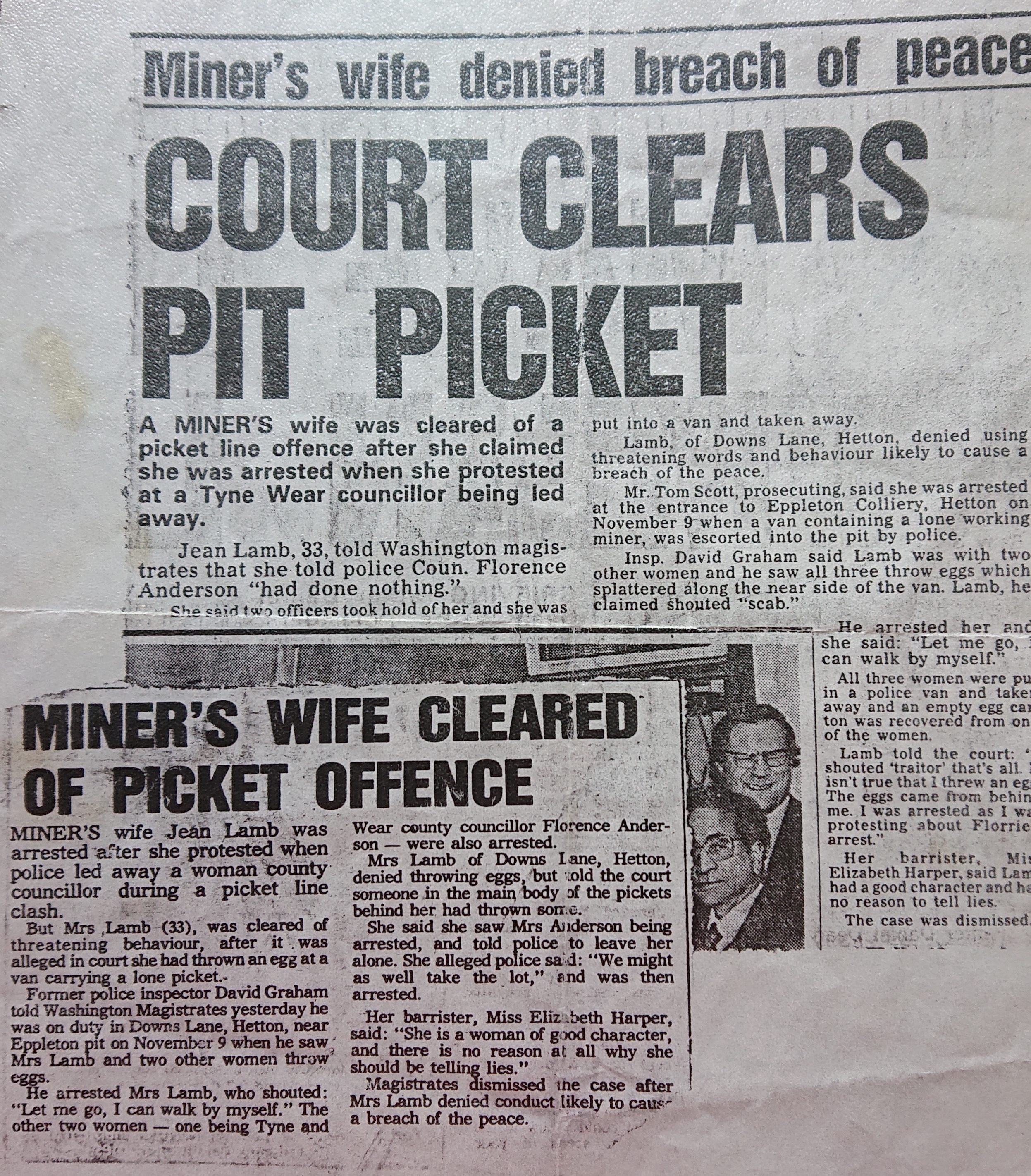 But that experience only emboldened Jean. She went back to Staffordshire late on in the strike to bury her mother, Freda. While there she insisted that she had to go to the picket line at Silverdale Colliery and give a piece of her mind to men - some of whom she had gone to school with - who had not lost one day's work. Thankfully we were able to calm her down enough just as the local constabulary started showing interest in this female hurricane from the North.

When the strike ended Jean stayed involved. She attended a vigil at Durham Gaol on Christmas Eve 1985 to show solidarity with the lads who were behind bars. She helped to raise funds to send children of sacked miners to camps in Germany and to family homes in Holland.

Jean went with the officials from Eppleton in 1986 to lobby the NCB as part of the review process set up after the strike to try and keep the pit open. The national union didn’t want to appeal the decision to close but Jean along with all of us involved at the pit saw it as part of the ongoing fight to resist the devastation of our community. 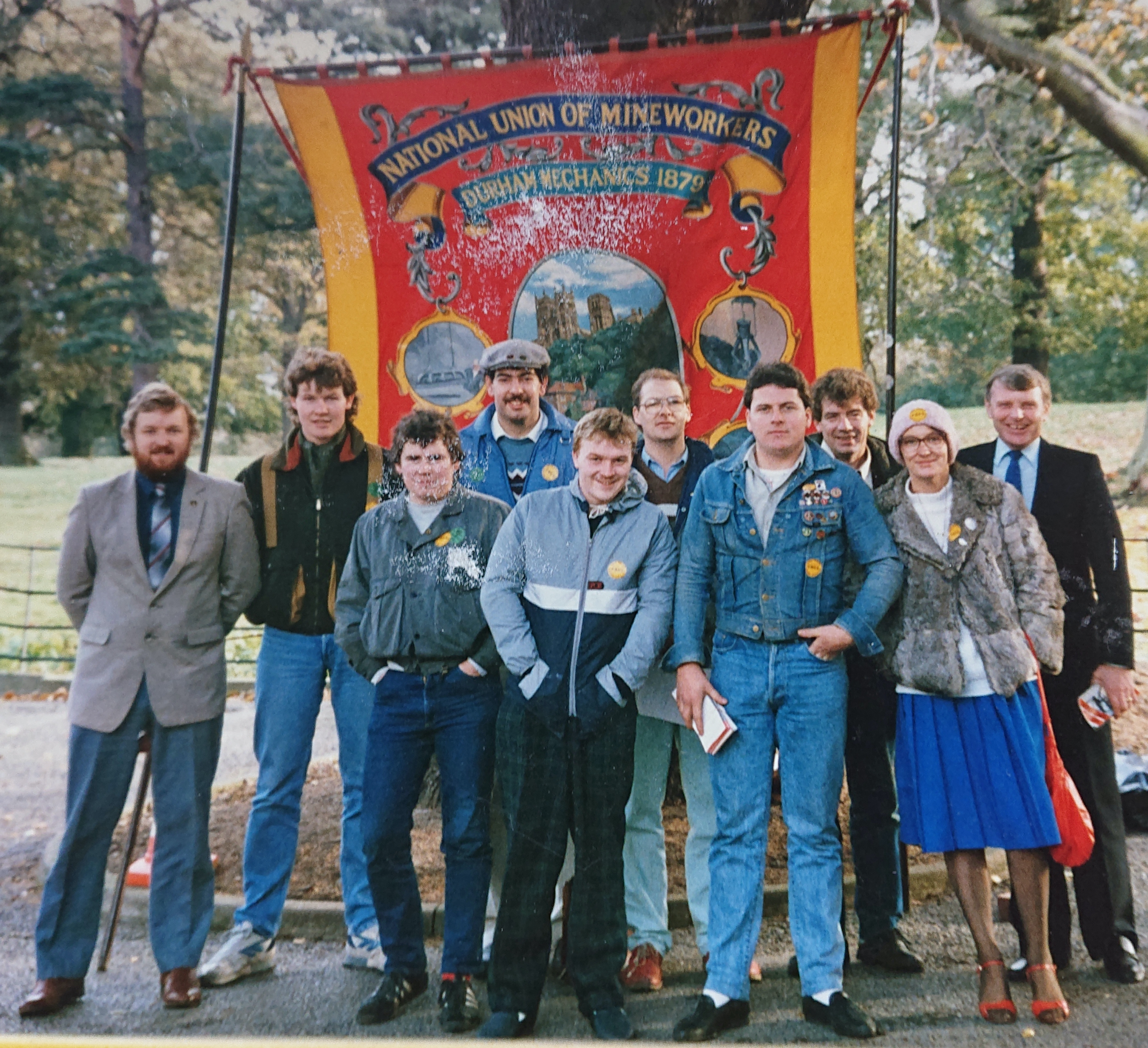 She also supported the Heroes concert in the Albert Hall and was part of the Miners Wives choir singing Here We Go, the anthem of the Womens support groups.

Jean Lamb was an ordinary woman who did extraordinary things. She wasn't alone in that but, like so many others, she leaves us a legacy of pride, passion and purpose. She is the epitome of what working class folk can do when we refuse to be bowed down by those who want to trample us under their well heeled feet.

Jean leaves behind 4 great children and numerous grand and great grand kids. They are immensely proud of their Mam as are we in the Durham Miners. She was a comrade, a friend and a marra.