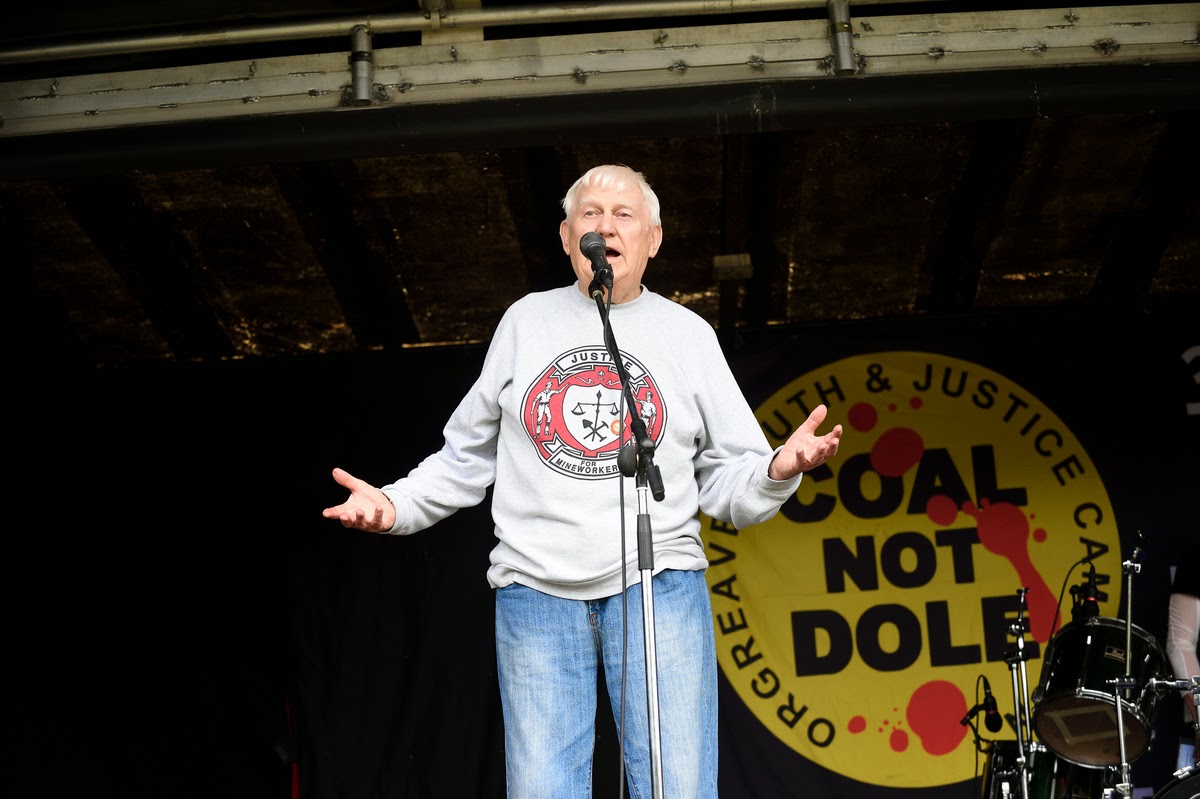 Everyone at the Durham Miners Association is deeply saddened to learn of the passing of Rick Sumner, founder of the National Justice for Mineworkers Campaign (NJMC).

A lifelong socialist, trade unionist, and anti-racism campaigner, Rick worked as a miner at Shuttle Eye Colliery in West Yorkshire. He also worked as a trawlerman, a scaffolder and as a community worker in Manchester’s Moss Side.

In the aftermath of the 1984-85 strike, Rick and his partner, the late Christine Sumner, founded the NJMC to support victimised miners and their families. They worked tirelessly for the reinstatement of miners sacked for their trade union activities and the restoration of their pensions and other rights. For decades a fixture at labour movement event around the country, including the Durham Miners Gala, Rick and Christine raised many thousands of pounds for the cause.

The couple also co-sponsored the annual memorial meeting for David Jones and Joe Green, two miners killed during the strike, and were dedicated fighters against racism and fascism.

Alan Mardghum, Secretary of the DMA, said: “Rick’s commitment to the miners and the wider working class was unsurpassed and he earned the respect and gratitude of people across the country.

"He and Christine worked tirelessly and with unfaltering dedication for the causes of social, economic and racial justice.

“Rick will be sorely missed across the labour movement. Our condolences to Dan, Susie and family and to Rick’s many friends.”

In their later years, Rick and Chris retired to be near family on the Yorkshire coast. Retirement allowed Rick the time to support the local lifeboat service and follow his beloved Manchester City.

Rick passed away at the weekend while watching City contest the FA Cup semi-final.