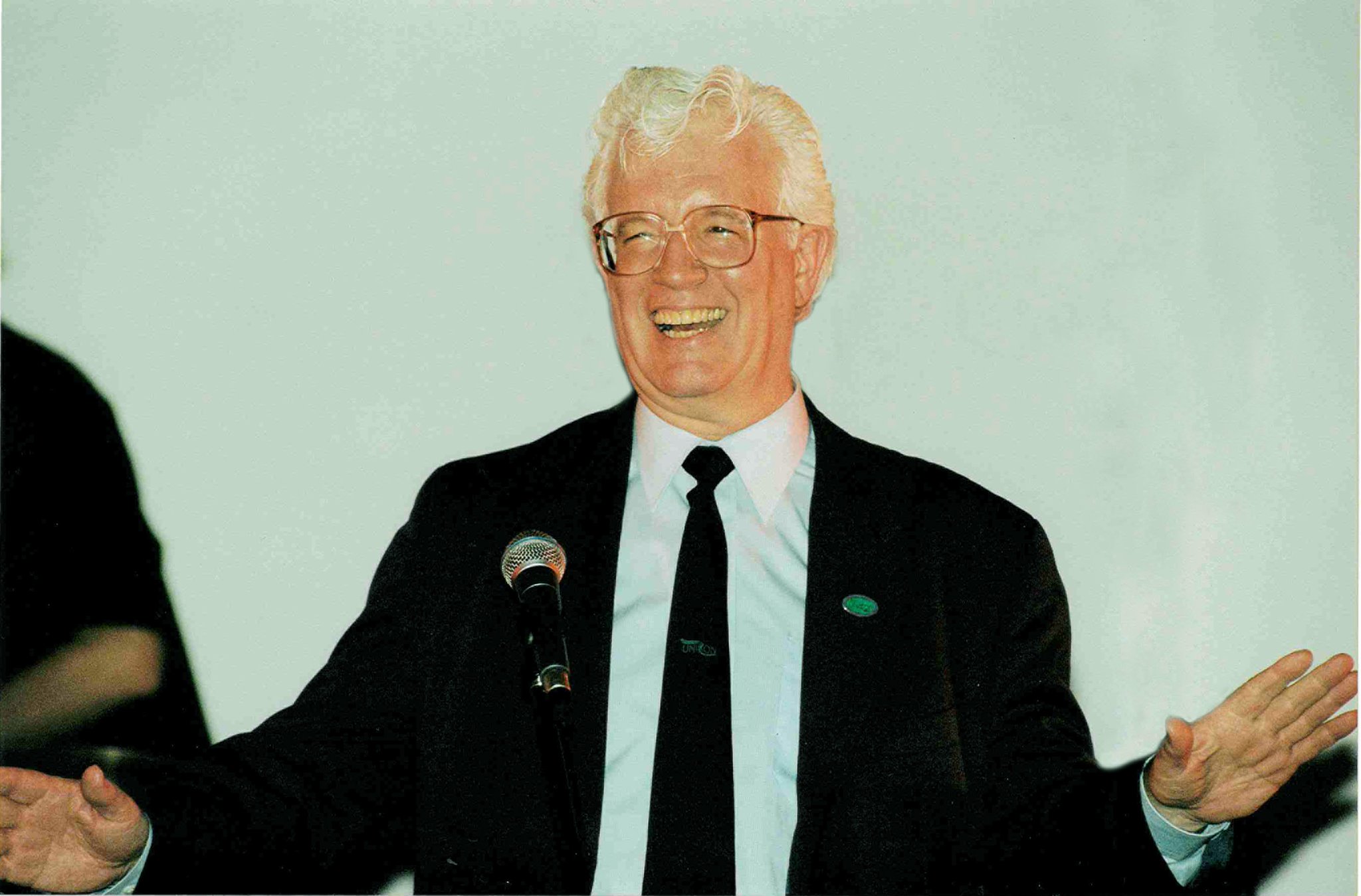 Durham Miners have paid tribute to Rodney Bickerstaffe, a giant of the Labour movement, who has died aged 72.

An inspirational trade unionist, Rodney worked tirelessly throughout his life to improve the conditions of working people. The former Unison General Secretary was a great friend to the miners, providing moral and financial support during the 1984-85 strike.

A hugely popular figure, he spoke many times from the platform at the Durham Miners’ Gala, and was a great supporter of the Big Meeting.

Last year, he led the funeral service for Dave Hopper, our longest-serving General Secretary, at the Miners’ Hall in Durham.

“He was always a great friend of ours and a great supporter of the Durham Miners’ Gala, speaking many times from the platform at the Big Meeting. He was a great personal friend of our late general secretary Dave Hopper and late president Dave Guy.

“Rodney and his union gave the NUM huge moral and financial support during the strike and we’ll never forget his solidarity.

“The trade union movement has lost a giant.

“Our thoughts on this sad day are with Pat and the family and his very many friends.”

Born in London in 1945, Rodney moved to Doncaster as a child and went on to become an organiser for the National Union of Public Employees (NUPE) in Yorkshire. After serving as a national organiser, he became General Secretary of the union in 1981. After NUPE amalgamated to form Unison, he became its General Secretary in 1996.

Following his retirement from Unison, he served as President of the National Pensioners’ Convention, championing the rights of pensioners. A great internationalist, Rodney also chaired the Global Network, working to improve the conditions of working people throughout the world.