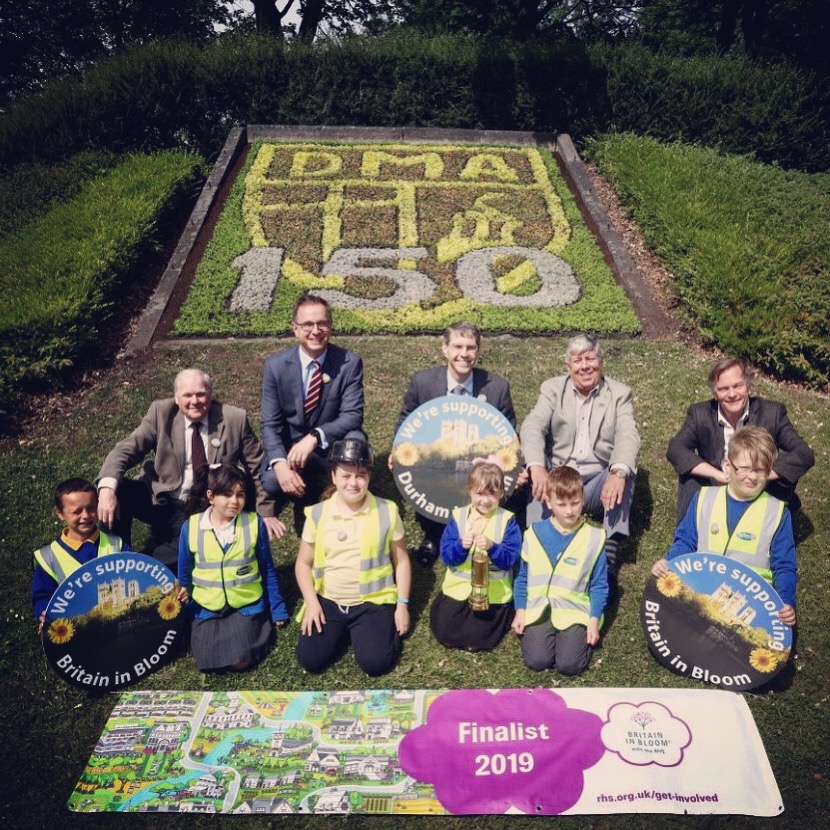 A floral display celebrating 150 years of the Durham Miners’ Association (DMA) is welcoming visitors to the city this summer.

Depicting the DMA emblem, the display on Gilesgate roundabout was unveiled at the launch of Durham in Bloom. The DMA was founded on 20 November 1869 at a meeting at the Market Tavern in the city.

The floral tribute was planted by children from Gilesgate Primary School and staff from Durham County Council.

Alan said: "The planting is a great tribute to the 150th year of the miners' union. It is a commemoration of a central core of our heritage and culture.

"It means a lot to the association and to the people of the county that our anniversary is commemorated in this way."

The display will form part of the city’s entry into this year’s Britain in Bloom competition run by the Royal Horticultural Society.

Cllr Stephens said: "As this year marks its 150thanniversary we thought this floral display would be a fitting tribute, especially when we will be welcoming hundreds of thousands of visitors to the city this summer for the Durham Miners Gala.”