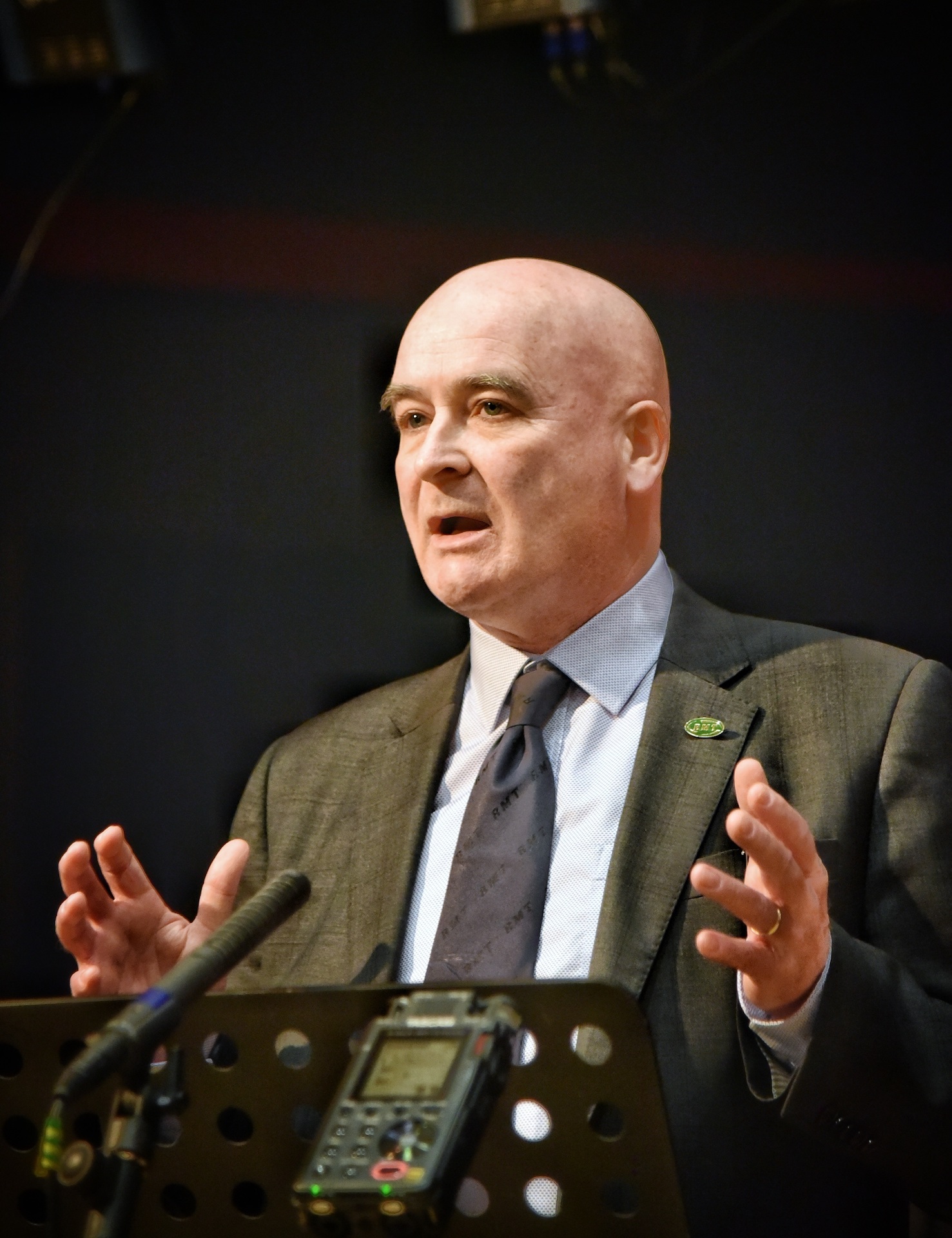 Mick Lynch will address the crowds at the Durham Miners Gala. The RMT General Secretary has been added to the list of platform speakers, organisers Durham Miners Association (DMA) have announced.

Mick has received wide acclaim for his leadership and for his media performances in defence of his members who are currently in dispute over pay, job security and safety.

DMA Secretary Alan Mardghum said: “The DMA stands in solidarity with the RMT and its members. We are delighted that Mick will be with us when the Gala returns. We know he’ll receive a great reception at The Big Meeting.”

The Gala returns on Saturday 9 July after missing the last two years due to the Covid-19 pandemic. The speeches on the Racecourse get underway at 1pm.

Mick Lynch said: “It is a great honour to speak at the Durham Miners Gala. It is the biggest and best event in the trade union calendar and a source of strength and inspiration for us all.”

This year’s Gala is dedicated to all key workers – those who risked their lives to keep society functioning during the pandemic.

Key workers representing numerous sectors will be the guests of honour of the DMA taking pride of place on the famous balcony of the County Hotel and on the speakers’ platform on the Racecourse Ground. Two rank and file key workers will speak from the platform alongside the leaders of trade unions representing key workers.

The DMA will announce soon the two rank and file key workers selected to speak from the platform.

Before the pandemic only national strikes and two world wars had prevented the Gala from going ahead. More than 200,000 people are expected in Durham for the Gala’s return.

The Gala could not happen in any year without the support of its 'Marras' - those who chip in by donation or subscription during the year. Costs are rising sharply and the Gala needs its Marras more than ever.

If you haven't yet please sign up to support the Gala today here.