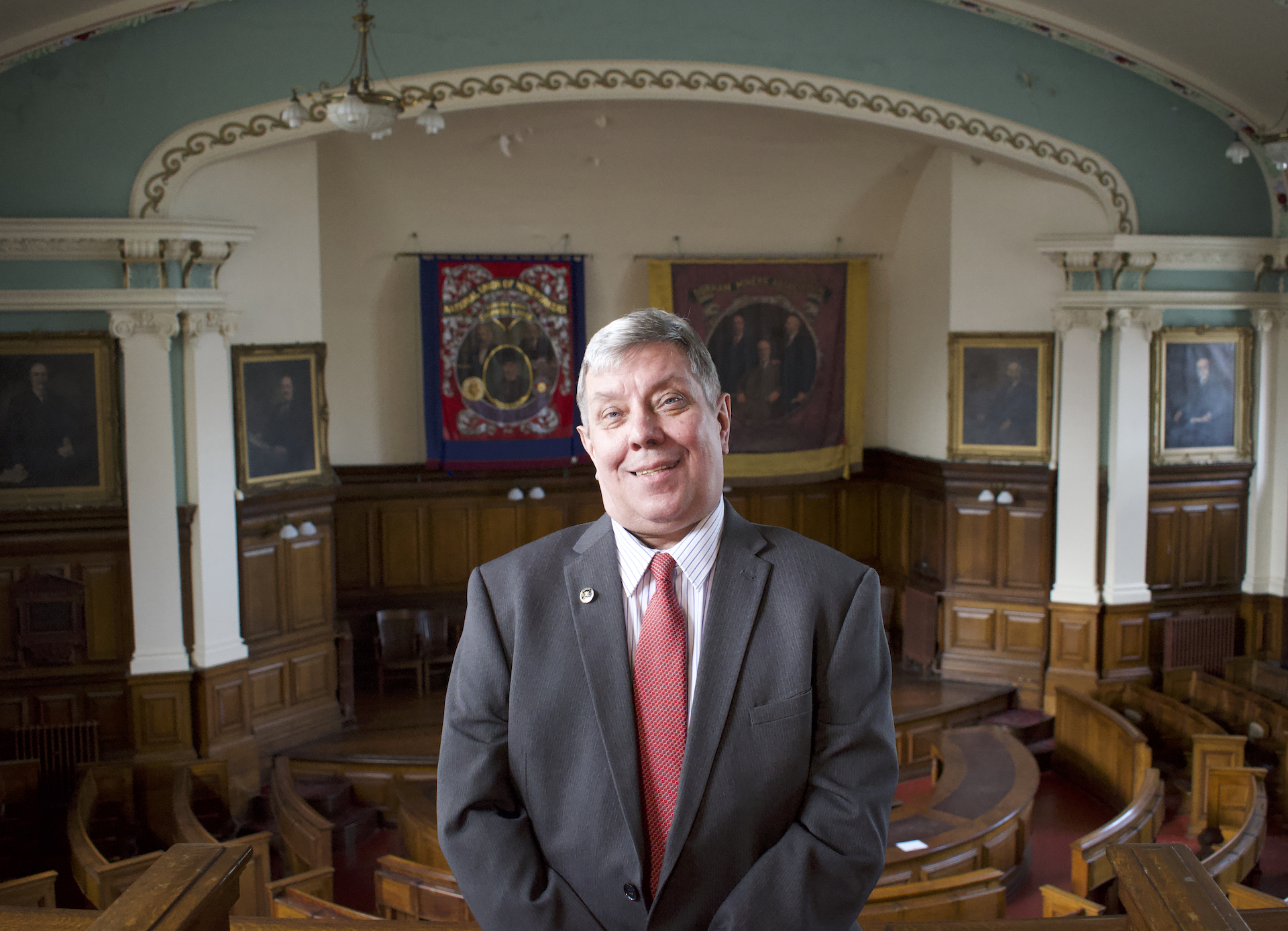 The Durham Miners’ Association (DMA) has announced new leadership in its 150th year, as it seeks to secure a vibrant legacy for the region’s coal mining heritage.

Alan Mardghum has said he is “proud and humbled” to begin work as the new President/ Secretary of the DMA, which was founded in 1869.

The 63-year-old will oversee efforts to secure a successful future for both the Durham Miners’ Gala, and Redhills, Durham Miners’ Hall. The former miner will also continue the DMA’s work to provide advice, support and representation for its members.

“I am very proud and humbled to have this opportunity to represent Durham’s miners – something very close to my heart. The Durham miners made a massive contribution not just to our region but to our country. We will continue and strengthen our deep connections with our communities as we work to ensure the Durham miners have a legacy we can all be proud of and which will serve generations to come.”

The DMA has launched The Redhills Appeal, the campaign to secure the future of its historic home, Durham Miners Hall, as a centre for education, heritage, and culture.

It also hosts the Durham Miners’ Gala, which is Europe’s biggest celebration of community and trade union values, and working-class culture. Following the closure of the collieries, the DMA established the Friends of Durham Miners’ Gala to fund the event.

Mr Mardghum worked as a miner at Wearmouth Colliery for 16 years from 1977, and was active in the Wearmouth Lodge of the DMA throughout. He joined the lodge committee in 1979, before becoming the financial secretary in 1981. He succeeded Dave Hopper as lodge secretary when Mr Hopper was elected as General Secretary of the DMA in 1985. He has served on the executive committee of the DMA, and as the union’s delegate to national conferences.

Mr Mardghum continued working as a miner at Wearmouth Colliery, the last pit on the Durham coalfield, until it closed in December 1993.

Following redundancy as a miner, he became a welfare benefits advice worker. He then served as a probation services officer for 12 years.

He succeeds former DMA Secretary Alan Cummings, who retired last month on grounds of ill health, and former chairman Joe Whitworth, who retired from his post earlier this year. The two posts have been combined in the new role of President/ Secretary, which Mr Mardghum assumed today (April 4).

Mr Mardghum said: “We thank Alan and Joe for their service to the DMA and wish them both the very best in their retirement.”

• To support the Durham Miners' Gala, become a Marra of The Big Meeting, or make a donation here.

• To find out how you can support The Redhills Appeal, please go here.