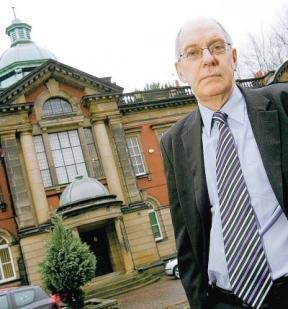 The spirit of Scrooge lives on in the corridors of power as injured miners are refused vital benefit payments.

Two former Wearmouth miners - made paraplegic in an underground accident - have been forced them to reapply for their entitlement by the Department of Work and Pensions (DWP) .

The Durham Miners Association (DMA) is also fighting the case of a 56-year-old miner who recently died of the lung disease pneumoconiosis. The DWP refused to accept his claim for compensation despite a medical consultant's opinion that he had the disease and a coroner's judgement that it contributed to his death.

It is with great sadness that we announce the death of Derek Graham who died of the miners’ disease, pneumoconiosis, on Saturday 10th December.

Derek or ‘Deka’, as he was known to his friends, started work at Bearpark colliery and later moved to Dawdon colliery before taking up employment in a private licensed mine just prior to the Miners Strike in 1984/85.

At the beginning of the strike he refused to cross picket lines and withdrew his labour in support of his fellow miners in the nationalised industry who were fighting for their jobs and communities. For this Derek was sacked. 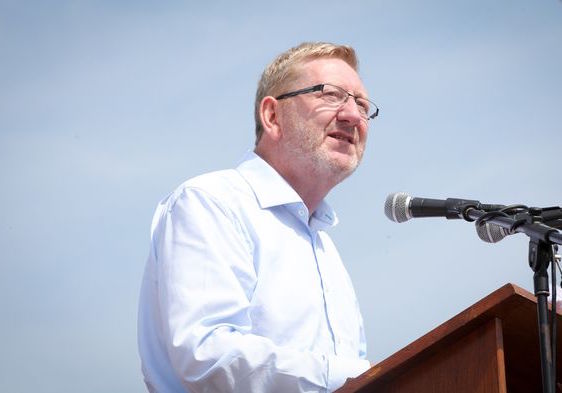 The Durham Miners’ Association sends Len McCluskey its best wishes in his bid to be returned as General Secretary of UNITE.

Len has been a good friend and a staunch supporter of miners and their families over the past 40 years and has spoken at the Durham Miners’ Gala on many occasions. 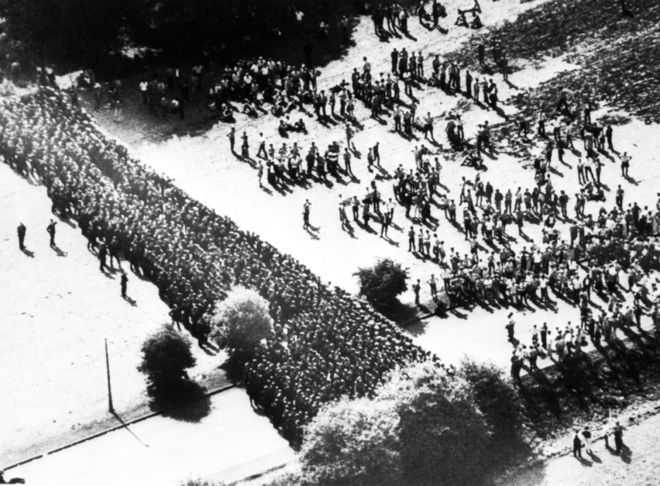 The decision of Home Secretary, Amber Rudd not to hold an inquiry into the criminal actions of the South Yorkshire Police and other police forces present at the Orgreave Coke Works on June 18 1984 is an appalling act of injustice.

She glibly asserts: ‘ultimately there were no deaths or wrongful convictions.’

Miners were lured to Orgreave that day and subjected to a continuous series of brutal attacks employing thousands of police, supported by mounted cavalry and vicious dogs, badly injuring over 50 men. The fact that no one was killed was purely a matter of chance.

However, the fact that no one was wrongfully convicted was not a matter of chance, but, due to the robust and dedicated work of the lawyers engaged to defend the 95 miners who were charged with riot – a crime carrying a life sentence.

“Buried Alive by the National Coal Board” 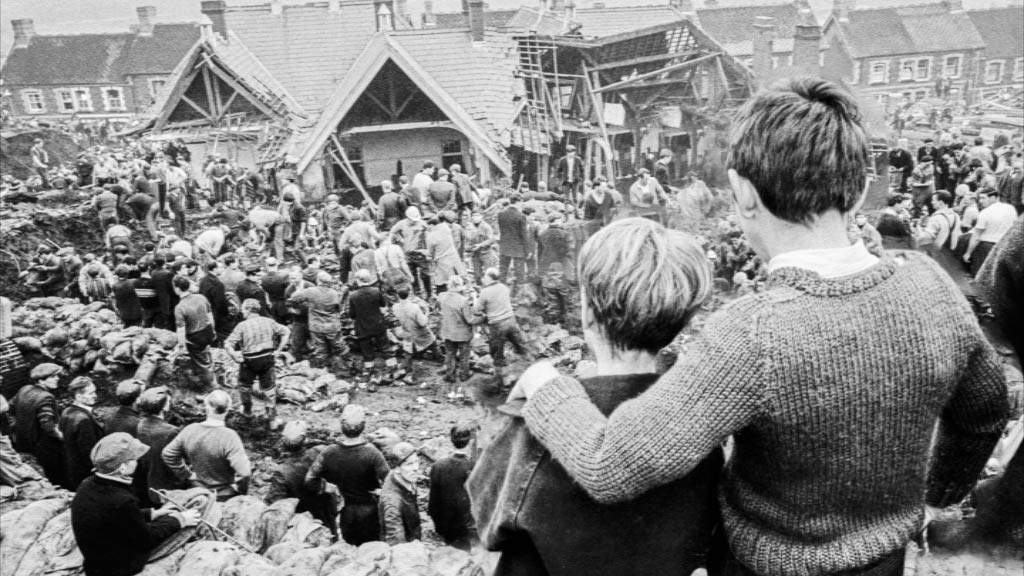 Last week across the country but particularly in Wales we have been thinking of Aberfan and the terrible events that unfolded there fifty years ago. The main emphasis has been on the tragedy of it all and the terribly sad loss of all those children and the implications for their families and friends. In all this, in a way that mirrored the event itself, the National Coal Board has got off rather lightly. Occasionally though  criticism has emerged. Midway through Karl Jenkins’ brilliant religious Cantata Memoria – for the children – Bryn Terfel sang: “Buried Alive by the National Coal Board”. Here he was echoing the words of the grieving father driven beyond limits by the coroner’s talk of “asphyxia and multiple injuries”  This was not what he wanted on the death certificate of his child, he wanted the NCB to be held responsible. Others agreed and there  were cries of “murderers” . 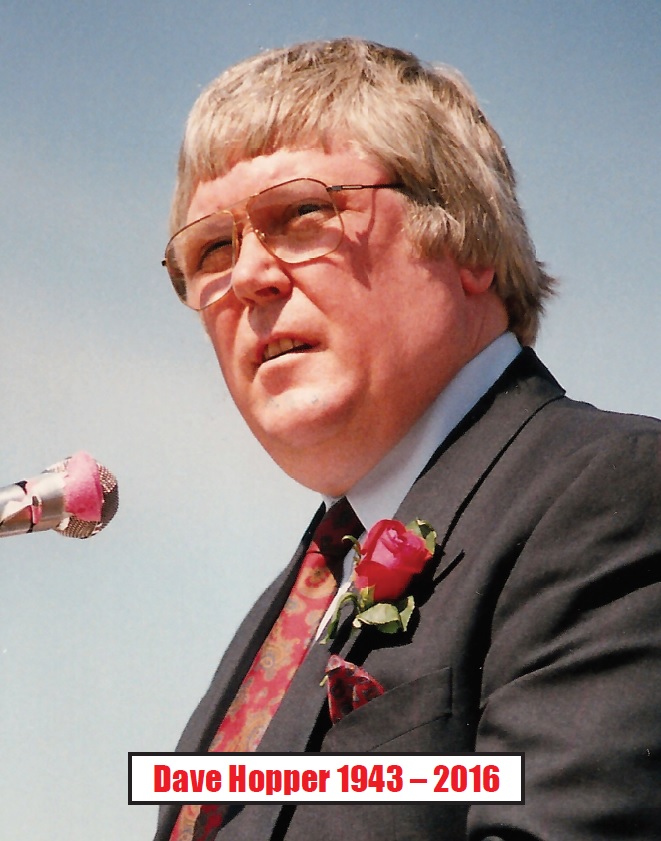 Dave Hopper was born on April 8 1943, the first son of Timothy and Barbara, in a small colliery house directly opposite the gates of Wearmouth Colliery, Sunderland, where his father worked. His primary education was basic and, at a time when fewer than ten percent of Sunderland’s children were awarded a place at a grammar school, Dave spent a year in the local secondary modern before passing the entrance exam for Villiers Street Secondary Technical School. He was an able pupil, a keen footballer and was already honing that legendary acerbic wit that delighted his classmates and annoyed the teaching staff in equal measure. 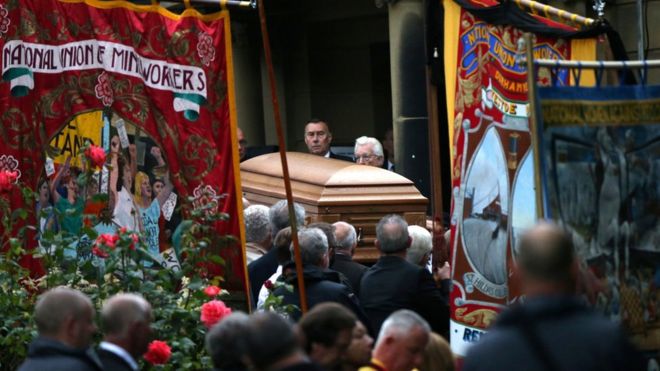 On Friday 29th July, a thousand mourners attended the funeral service of Davey Hopper at the historic Miners’ Hall in Durham.

Numerous miners’ banners and trade union banners lined the route and moving tributes were paid to Davey by the speakers, including Labour leader Jeremy Corbyn.

The funeral service will take place on Friday 29th July at the Miners’ Hall, Red Hill, Flass Street, Durham, DH1 4BE, starting at 9.45am.

It will be a humanist service conducted by Rodney Bickerstaffe, former general secretary of Unison.

Please make donations in lieu of flowers to the Friends of the Durham Miners' Gala: http://www.friendsofdurhamminersgala.org/join_us

Please arrive early and note that unfortunately there will be not be any parking available at the Miners’ Hall or in the immediate vicinity. See the following links for parking in Durham city: http://www.durham.gov.uk/article/3486/Durham-City-car-parks Or here for the Park and Ride: http://www.durham.gov.uk/parkandride The Miners' Hall is 10 minutes walk from Durham railway station.

The evening before, on Thursday 28th July there will be a celebration of Dave’s life at Sacriston Workingmen’s Club, Edward Street, DH7 6NW, from 7pm -11pm, which will include live music and a buffet.

Statement on behalf of Durham Miners' Association Executive Committee:
It is with great sadness that we have to announce the death of our Secretary, Dave Hopper, who died unexpectedly on Saturday 16 July at 4.00pm.
Dave was elected General Secretary of the NUM (Durham Area) in 1985 and led the union through the difficult years in the aftermath of the 1984/85 strike and the final closure of the Durham Coalfield. He was an inspirational leader who held firm to his deeply felt socialist principles.
Last Saturday Dave presided over the 132nd Durham Miners Gala the 31st under his leadership – the greatest number of any General Secretary. This Gala attracted the largest crowd in 60 years and this achievement and the Galas to come will be his legacy.
At this moment our thoughts are with his family and those closest to him.
Details of the funeral will be announced at a later date.
Share

In an article in the Guardian on 9th July 2016, it was stated that Tom Blenkinsop MP for Middlesbrough South and East Cleveland had an invitation to the 132nd Durham Miners’ Gala withdrawn. This is untrue. No invitation was withdrawn, as Blenkinsopp was never invited in the first place and has never once received an invitation since his election in 2010.

Secondly, the claim by Mr Blenkinsop that Mr David Hopper, General Secretary of the Durham Miners’ Association receives a salary of 70k per year is a blatant lie and distortion. We are currently seeking legal advice regarding this false claim.