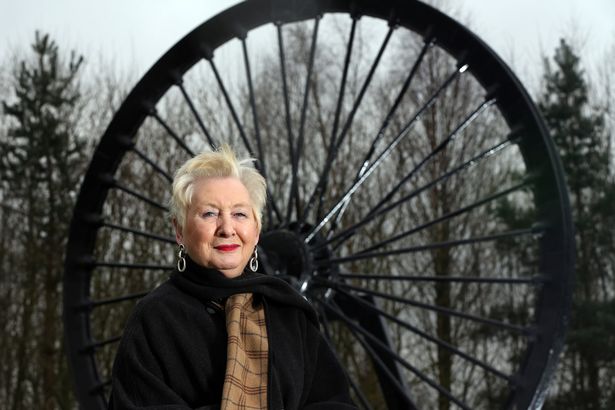 Everyone at the Durham Miners Association was greatly saddened to learn of the passing of Florence Anderson.

A great friend and comrade to the DMA, Florence was leading figure in the support groups during the 1984-85 strike and continued to serve her community as a city councillor in Sunderland.

“When trying to ascertain her date of birth all she would ever say is ‘I was born when the dark clouds were gathering over Europe’. Florence was a staunch supporter of the Durham miners, she worked tirelessly within her community and beyond to better the lot of her class.

“She was a prominent elected city councillor in Sunderland and among her many achievements was having a stained glass window installed in Sunderland civic centre commemorating the historic 1984/85 Miners’ Strike. Florence was a prominent figure in that strike and along with other women from the Durham Coalfield travelled the length and breadth of the country to stand on picket lines and also to put the case on behalf of mining communities. They also raised funds to feed the strikers and their families. Without such commitment we could never have sustained the strike for 12 months.

“Florence was a very powerful public speaker. She never once waivered in her total commitment to the cause of the working class. Florence suffered terrible physical and mental abuse from the police and others who sought to undermine the miners’ strike but in true ‘Florence style’ this abuse made her more determined to see the job through.

“On a personal level, I remain proud that Florence Anderson was my friend, my comrade and a true Marra. We are forever in your debt. Rest in eternal peace comrade.”

Read more about Florence and her experiences in her own words here: