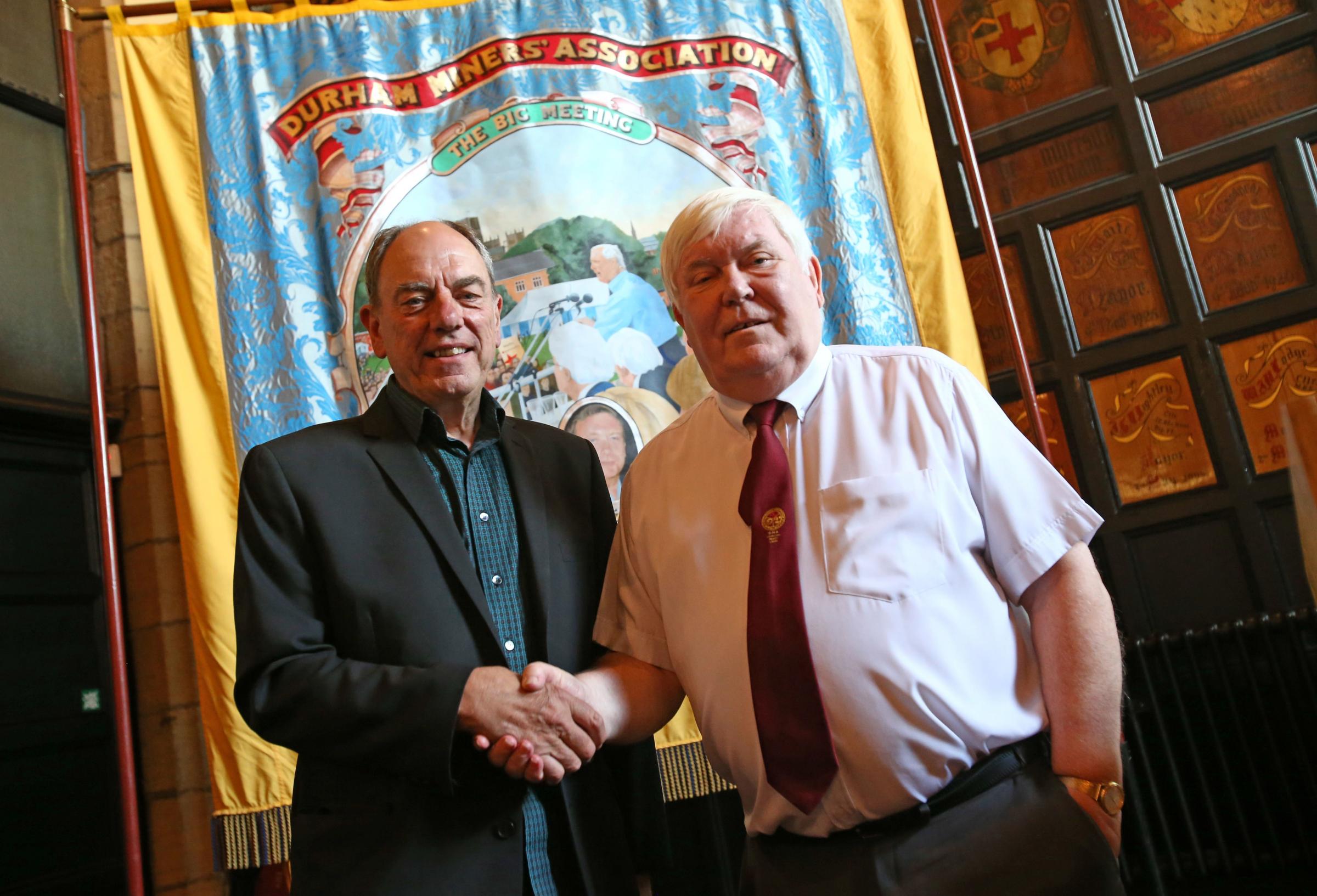 Ahead of the 131st Durham Miners' Gala, the Durham Miners Association have called on all our friends to show their support for the Gala by becoming a marra of the Big Meeting.

At the launch event at Durham Town Hall with County Durham born actor Alun Armstrong and Beth Farhat of the Northern TUC, DMA secretary Dave Hopper said: ''Support for the Gala is an inspiration to the rest of the labour and trade union movement. There has rarely been a time when that inspiration was needed more. It is only right that the other trades unions stand alongside the Durham Miners’ Association to keep the Gala going. The DMA cannot go on forever but the Gala must and will. We hope the Marras campaign will touch the hearts of all those who love the Gala and its reasons for being. With the support of a mass membership we can look forward to the 150th Durham Miners’ Gala and beyond.”

Alun Armstrong said: ''I’m proud to support the Friends of Durham Miners’ Gala and the Marras campaign. The Big Meeting means a lot to me. It is a celebration of my background and the values that I grew up with and still hold, of my political affiliations and the aspirations for the future that I share with people who are still living in mining communities.''

To find out more and to join the Friends of Durham Miners' Gala, visit the new website.