A Very Sad Week For Socialists 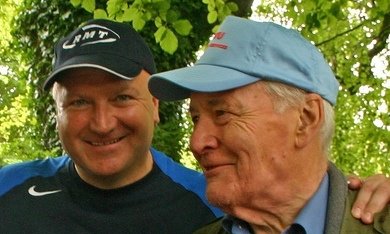 The Durham Miners' Association has been shocked and saddened at the news last week of the death of three stalwarts of the socialist and labour movement, Tony Benn, Bob Crow and Stan Pearce. Our deepest sympathy and condolences go out to the family, friends and comrades of all of these three remarkable men.

Bob Crow was an outstanding socialist, trade unionist and a firm friend of the Durham Miners who spoke at our Gala on four occasions. He fought fearlessly for his members refusing to be cowed by the hostility of the Tory press or Labour's right wing. At this time when living standards are under sustained attack to lose a trade union leader of his quality, at a tragically young age, is a colossal loss for the working people of Britain.

Tony Benn's association with the Durham Miners stretches back five decades to when he first addressed our Gala in 1962. On 8th July 2000, he made his final Gala address having spoken a record 20 times. No other speaker has been invited so many times and with such regularity.

Tony was a unique politician who earned both the respect and love of working people. His secret was a simple combination of honesty, sincerity and the ability to look back critically on his own life's work with rare objectivity.

Having devoted his life to the socialist and trade union movement, he never retreated to enjoy what would have been a richly deserved quiet life. He made himself available to all who asked for his help even when it was apparent that his health was failing.
He will be remembered above all as a fine human being.

Stan Pearce started work at the age of 14 at the Glebe Colliery Washington in 1946. On 1 January 1947, as the youngest worker at the Glebe, he unveiled the plaque announcing the nationalisation of the mine. His father, a member of the Communist Party, was a miner at the Dean and Chapter Colliery in Ferryhill until 1926 when he was sacked and victimised following the long and bitter miners' strike of that year. Stan never forgot the hardship this imposed on the family.

Stan was a coal hewer at a time when coal was still won by sheer physical effort and it was the day-to-day struggles of pit life that shaped his character. It was in many ways a brutal life but it did not brutalise Stan. He was an avid reader and studied all aspects of working class history both in Britain and internationally. He was a cultured man, deeply grounded in the caring ethos of his community. His taste in music was wide, drawing from the folk music of the Durham Coalfield to the Jazz of New Orleans.

In the 1960s, he spoke out against Durham's 'moderate' officials and in the 1970s was a prominent member of the Durham Miners' Left which fought and succeeded in building a combative area leadership. The fruits of that labour were realised in 1984 when the NUM (Durham Area) played a pivotal role in the Great Strike of that year. After the closure of the Glebe in 1972 Stan transferred to Wearmouth colliery where became Lodge Delegate and served on the Area Executive Committee.

Stan was a revolutionary socialist to the end of his life and never wavered in his steadfast belief that capitalism was incapable of reform. He was also a committed family man and a famous raconteur. To spend a few hours in Stan's company was a joy. Whether it was having a verbal fencing match with him, which never drew blood and never ended in offence, or just enjoying a bit crack. He was a natural storyteller and his uncompromising dialect and infectious laughter will be a huge miss in the years to come. We have lost a dear comrade who is irreplacable.