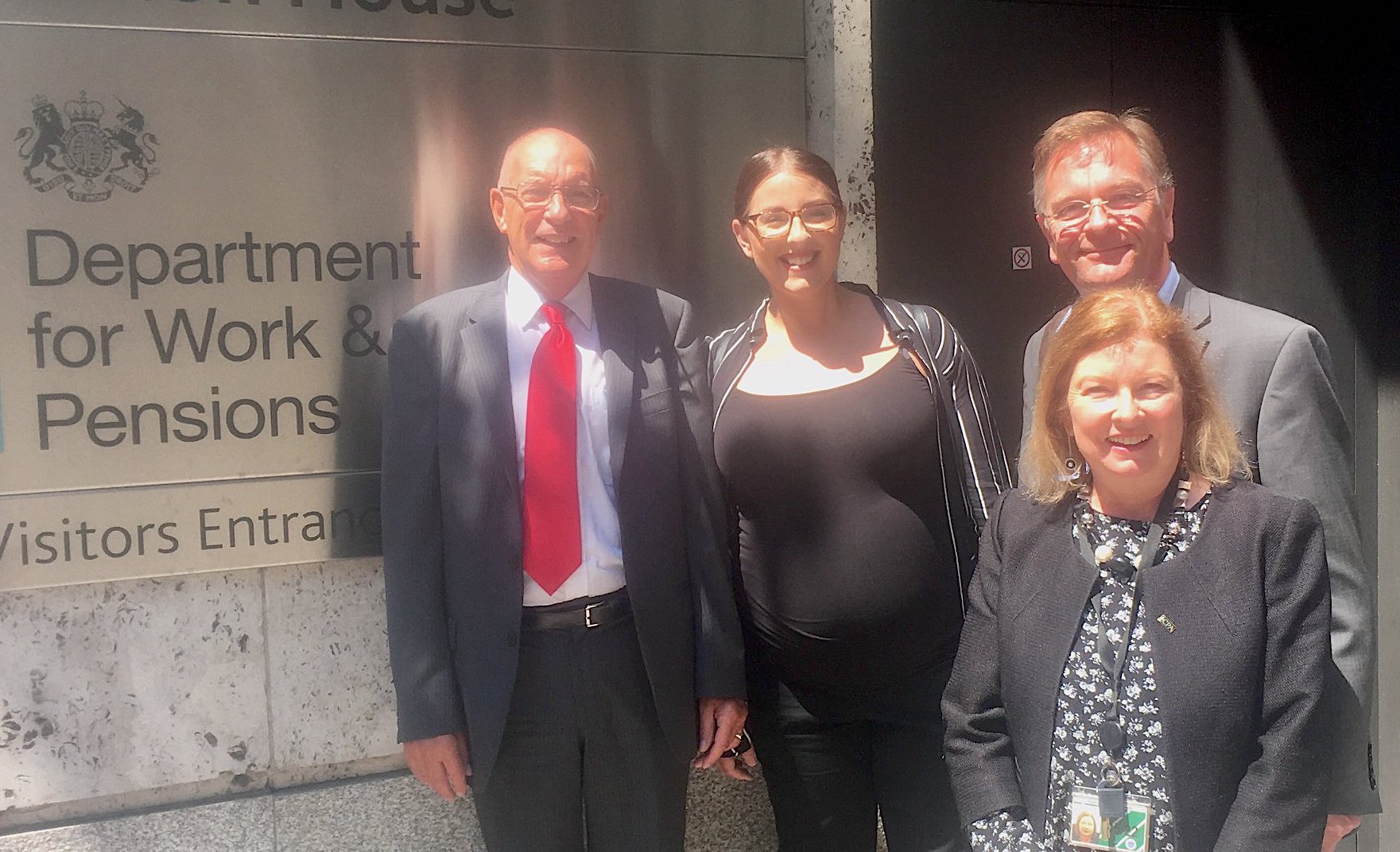 The Durham Miners’ Association and Labour MPs have welcomed the Government decision to finally recognise an industrial disease following a four-and-a-half-year campaign.

Dupuytren’s Contracture causes the fingers to curl over into a claw-like state, and can lead to amputation. Known as ‘Miner’s Claw’, the incurable condition is common among former pitmen. It also affected former Prime Minister Margaret Thatcher.

In May 2014, the Industrial Injuries Advisory Council (IIAC) recommended that the Government recognise the condition as an industrial disease, but the Department for Work and Pensions (DWP) refused to do so.

The Durham Miners’ Association (DMA) has been campaigning ever since to have the condition recognised, which would enable thousands of former miners to claim Industrial Injuries Disablement Benefit. The DMA has co-ordinated efforts by MPs, unions and community groups to have the DWP decision reversed.

As part of this week’s budget, the Government announced that Dupuytren’s Contracture will be added to the list of prescribed diseases for which Industrial Injuries Disablement Benefit is payable.

The decision will come into effect in April 2019, and eligible claimants are expected to gain on average an extra £1,200 per year.

DMA Secretary Alan Cummings said:“We welcome the decision to finally recognise Dupuytren’s Contracture as an industrial disease – but it is a disgrace that it has taken so long, and that there has been such resistance from this Government.

“Dupuytren’s Contracture is a serious and debilitating condition for many people, affecting their ability to carry out day-to-day tasks.

“In the four-and-a-half years since the IIAC made this recommendation, many people have continued to struggle without the support they need, and some of our members have died while suffering from this disease.

“We are glad that those suffering from Dupuytren’s Contracture will begin to receive help – it will make a real difference to their lives.  We are thankful for the support we’ve received in this campaign – particularly from Laura and Roberta.”

Laura Pidcock MP said: "We should be in no doubt, this Government will try to get away with taking as much as they possibly can from our communities, including from those who've given their health and wellbeing to the coal industry. That is why it is imperative we fight these battles, and win these victories, which mean so much to those affected.

“The Government were wrong to deny former miners with Dupuytren's Contracture the help they were entitled to in the first place, and now, they are simply doing the right thing."

Roberta Blackman-Woods MP said: “I am absolutely delighted that the Government has finally agreed to take the advice of the Industrial Injury Advisory Council (IIAC) to add Dupuytren’s contracture to the list of known work-related injuries.

"Despite being accepted by the IIAC in 2014, the Government recently decided that Dupuytren’s contracture would not be recognised as an industrial disease. The DMA has campaigned tirelessly since 2014 to get this disease accepted as a work related injury, and I am so pleased that their hard work has paid off.

"Although it has taken many years of work to get to this point, I hope that this decision will make a difference to the many former miners and other workers in Durham and elsewhere affected by this debilitating disease.”

In the Budget, the Government announced that Dupuytren’s Contracture will be added to the list of prescribed diseases for which Industrial Injuries Disablement Benefit is payable.

This will come into effect in April 2019. No claims can be made before that date.

The DMA is seeking further information and confirmation of criteria for claims. Our Secretary, Alan Cummings, has written to DWP minister Sarah Newton. We will keep you updated with information as we receive it.

Over the comings months, the DMA will put arrangements in place to ensure the best possible support for our members with potential claims.

• The DMA's Alan Cummings and Ross Forbes pictured with Laura Pidcock MP and Roberta Blackman-Woods MP following a meeting at the DWP in June as part of the campaign.