Durham Miners mark 148th anniversary - back where it began 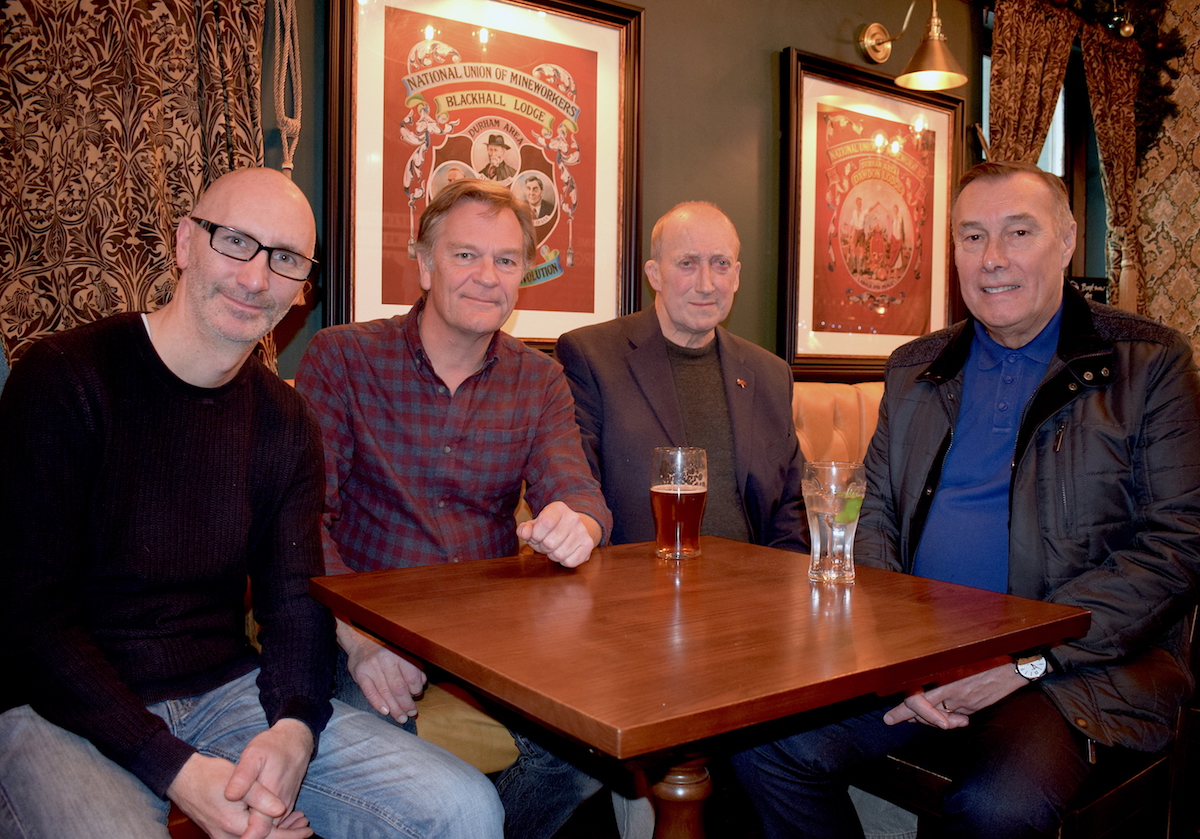 The Durham Miners’ Association (DMA) marked the 148th anniversary of the union’s founding by returning to where it all began.

On November 20 1869, delegates from collieries on the Durham Coalfield met at the Market Tavern in Durham City, and established the DMA.

Within 40 years, the union had gained 200,000 members, organised to improve the lives of the people of our county, established the Durham Miners' Gala, and built its magnificent headquarters at Redhills.

As the DMA builds for the future, with plans to secure the Gala and Redhills for the next generation, current Chairman Joe Whitworth, executive member Barry Chambers, and programme director Ross Forbes, joined landlord Tony Lenaghan at the Market Tavern – where prints of union banners adorn the walls – to mark the anniversary.

Joe said: “The delegates who met at the Market Tavern 148 years ago were working-class people with hopes for a better world, and a determination to unite in solidarity to make their own history. They are giants of the trade union movement, and we stand today on their shoulders.

“The DMA is determined to ensure that Redhills and the Gala thrive for the benefit of future generations. We are planning now for our 150th anniversary in 2019, and building a bid to restore the Miners’ Hall at Redhills.

“As the motto of the Durham Miners says, ‘the past we inherit, the future we build’.”

The DMA recently announced an ambitious plan to restore its Redhills headquarters, and establish it as a hub of heritage and culture for the Durham Coalfield. As an initial step, the DMA is asking the people of the county to sponsor a seat in the ‘pitman’s parliament’ to support its preservation. Sponsors will have an inscribed, memorial brass pit token as placed on the seat of their choice and receive a keepsake copy.

The DMA has also established the Friends of Durham Miners’ Gala, to help secure the future of the Big Meeting, founded in 1871. The Gala thrives as a celebration of socialism, solidarity and working-class pride, attended by 200,000 people this year.

For details of the sponsorships and to Take Your Seat in the Pitman’s Parliament, visit: www.redhillsdurham.org

For more information of the Friends of Durham Miners’ Gala, and to become a ‘Marra’, visit: www.friendsofdurhamminersgala.org/join_us