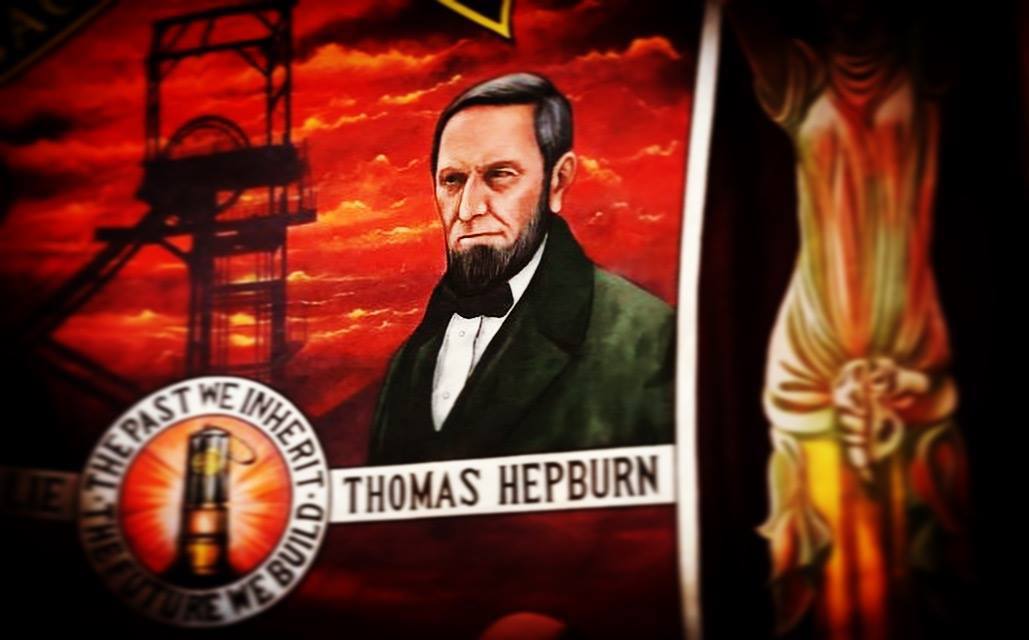 The Durham Miners Association will commemorate the great Thomas Hepburn, leader of the first miners' trade union.
A public memorial service returns to St Mary's Church, Heworth following a two-year hiatus on Saturday 25 September, beginning at 11am.
Following advice from the church, the service will be limited to 60 people within the church, with numbers outside unlimited. Following the service, wreaths will be laid at Tommy's grave.
This year's address will be given by Dave Anderson, former miner and MP for Blaydon and currently Chair of the Marras - Friends of Durham Miners' Gala.
The DMA Brass Band will perform during the service and at Tommy's graveside.

About Thomas Hepburn
Thomas Hepburn was born in Pelton in 1795. When his father was killed in a pit accident, he began work at Urpeth Colliery to support his family - at the age of eight.
He went on to work at Lamb’s Colliery in Fatfield, Jarrow Colliery, then in 1822 at Hetton Colliery. The same year, he became a Primitive Methodist and a lay preacher.
In 1825, he founded ‘The Colliers United Association of Durham and Northumberland’ - the first miners union - and became its leader.
In 1832, the union led a successful strike - winning a reduction in the working day for children under the age of 12 from 18 hours to 12 hours.
Following this, the colliery owners organised to destroy the union and Hepburn and other leaders were blacklisted.
Hepburn remained an active Chartist throughout his life, and dedicated himself to working-class education. He died in 1864 and is buried at St Mary’s Church, Heworth. His portrait features on several Durham Miners’ Association lodge banners. He is pictured (above) on the Sacriston banner.
Do you like this post?
Tweet
Support The Redhills Appeal Join Friends of Durham Miners' Gala